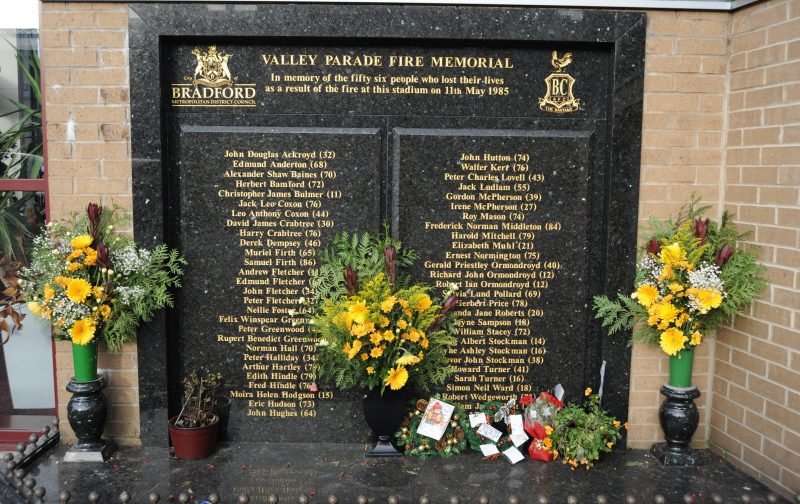 Sadly, the game we love has, over the years, been littered with tragedies.

Today is the anniversary of one such tragedy.

Back in 1985, on this day, 56 people lost their lives and another 265 were injured as the main stand at Valley Parade, the home of Bradford City, caught fire.

The day had started in a celebratory manner with Bradford City collecting the Football League Division Three trophy, before their encounter with Lincoln City.

But, shortly before half-time, a small fire was reported by the TV commentator John Helm.

In less than four minutes, aided by the wind, the fire had spread to the whole of the stand, causing panic and pandemonium at the ground.

The site of the stand on fire, with the crowd on the pitch and smoke billowing into the air is something I can still visualise.

The enquiry found that the fire had spread so rapidly due to a major build-up of litter below the seats.

The stand had been condemned and was due to be demolished, sadly it didn’t happen soon enough.

The tragedy also saw the end of new wooden stands being built in the UK.

Today, my thoughts will be with all those that perished, fellow supporters who went, just like us, to see their team play but who never returned home.