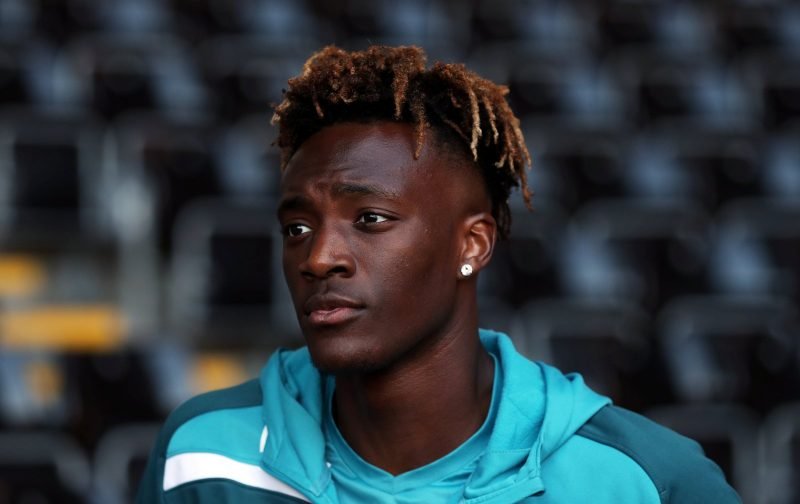 Yesterday, Monday, you may if you visited our site, have come across an article relating to Tammy Abraham.

covered the speculation that the 21-year-old had impressed so much, in recent weeks, at Villa Park, Chelsea might be considering calling the player back to Stamford Bridge to boost a first-team squad that is struggling to uncover a striker that could score 20+ goals a season.

But, Tammy’s unerring ability to be in the right place at the right time, thereby being on hand to convert the chances that are coming his way, has also seen the youngster nominated for the Championship Player of the Month award:

Apologies for the colours used below but it’s something we have to put up with whilst Tammy is earning his crust elsewhere.

Here are the stats: 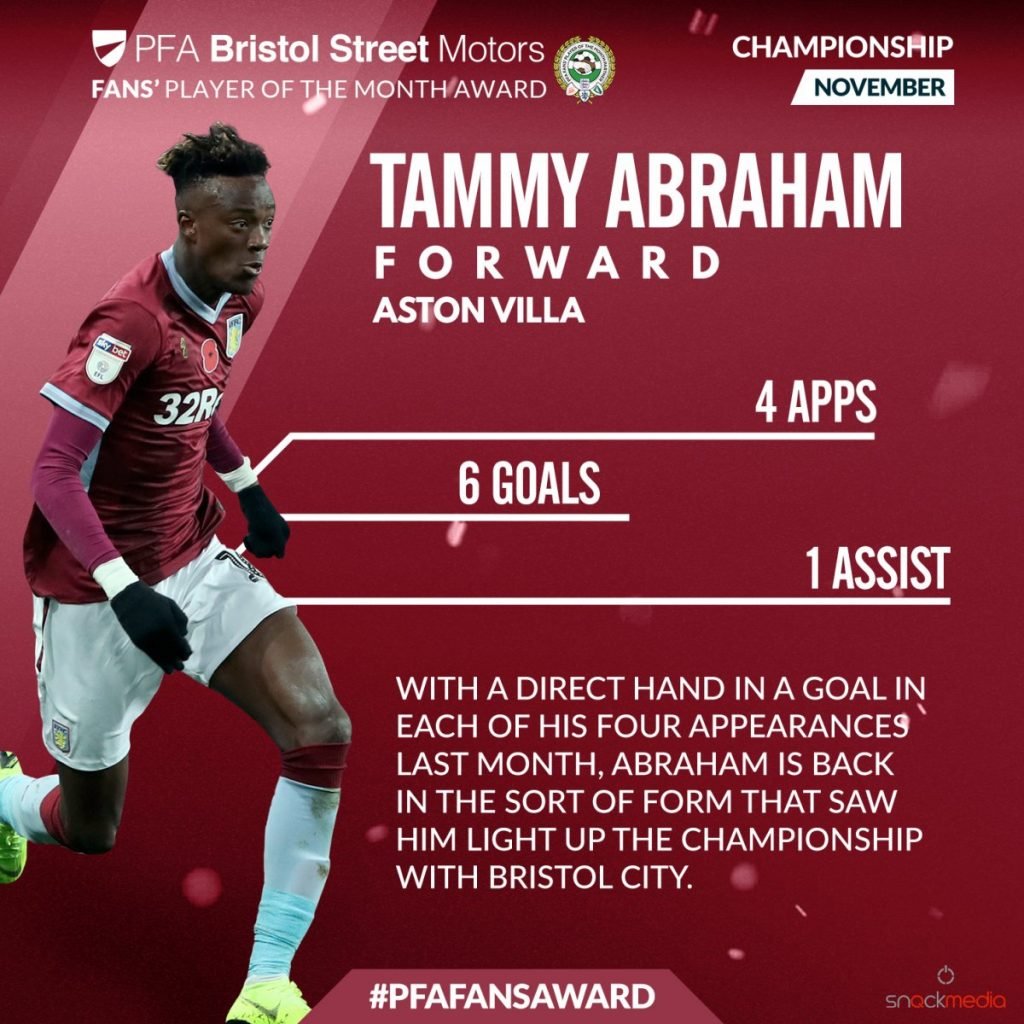 Let’s hope Tammy gets the nod and the recognition his free-scoring form, with the striker having scored eleven goals already this season including four in one match against Nottingham Forest deserves.