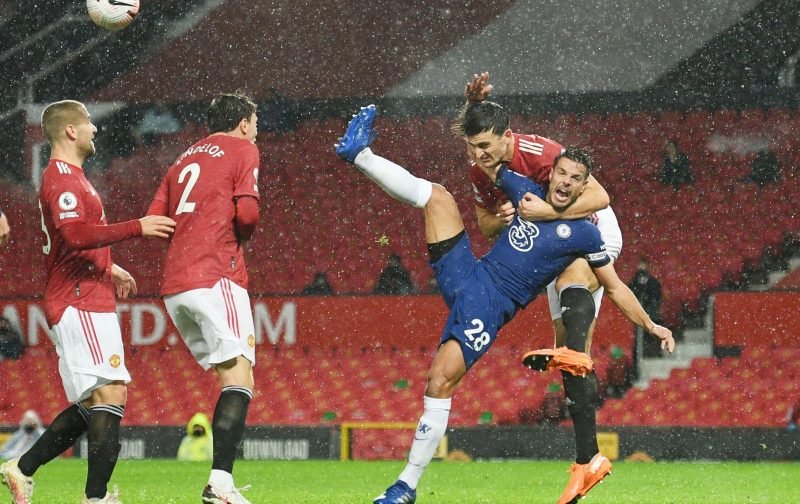 The one abiding memory from what was a drab game, at Old Trafford, against Manchester United came in the first half.

With Chelsea having won a corner when the ball was swung over Harry Maguire clearly impeded the jump of Cesar Azpilicueta.

Indeed, the impedance was such Maguire looked to be strangling our captain.

For many, it was clearly a penalty, but the match referee, Martin Atkinson, and VAR did not agree, much to the disgust of the Chelsea supporters watching.

In the post-match interviews, Frank Lampard, as reported by The BBC showed his frustration at the decision by remarking:

“Yeah, holding is allowed, but headlocks don’t go on. I don’t know why VAR didn’t take long and there’s also a monitor to look at. I think if the referee goes to the monitor he gives a penalty.”

Yes, he does which makes me think is there some kind of conspiracy going on.

Are the powers to be worried Manchester United, and their co-conspirators, Liverpool really will decimate their game and assume control, hence the blind-eye?

Because I am pretty sure if a similar offence took place down the other end of the pitch the result would have been a penalty!

Please feel free to air your views on what was a controversial incident in the comment facility beneath this article.