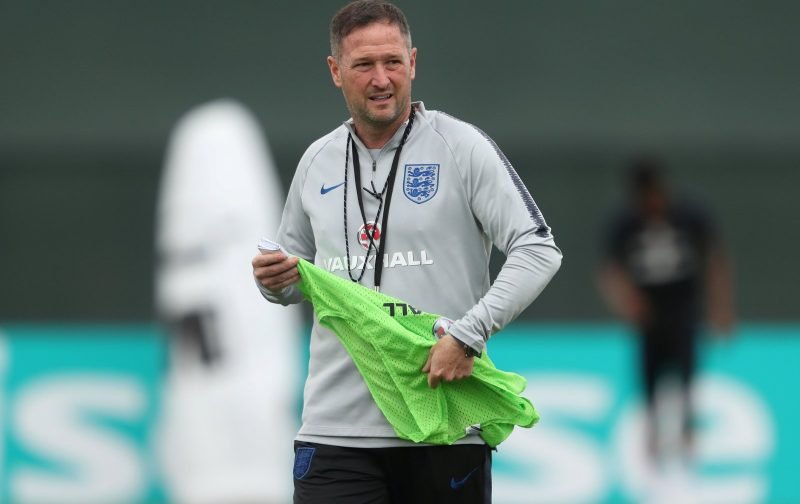 Whilst, if as we expect, Maurizio Sarri is axed shortly, Chelsea to seek to appoint a big-name replacement, could there be another route the club might decide to take?

The reason we ask is that the news source, the Telegraph, is reporting that one option could be to turn to the England assistant manager, Steve Holland.

Holland had a successful tenure in the role of assistant manager, at Chelsea Football Club, a role that was, perhaps, under-recognised by many.

At a time whereby a smooth transition would be required, Holland could be the ideal candidate, after all, he, more than anyone, knows how the club works and what is expected on the managerial front.

However, you’d have to ask if he would be willing, at a time when England are on the crest of a wave, he’d be prepared to abandon his role as the assistant to Gareth Southgate, to take on a precarious position at Chelsea.

Us, as supporters, would also have to ask ourselves whether Holland, a successful right-hand man, has what it takes to be a number one.

I can recall, in his younger days, Holland having a very rocky-ride whilst serving as the manager of Crewe Alexandra.

Perhaps I’ll hand this one over to you.

What are your views on the speculation that Steve Holland may replace Maurizio Sarri in the managerial hot-seat?

Would it be something you’d approve of or are you against it?