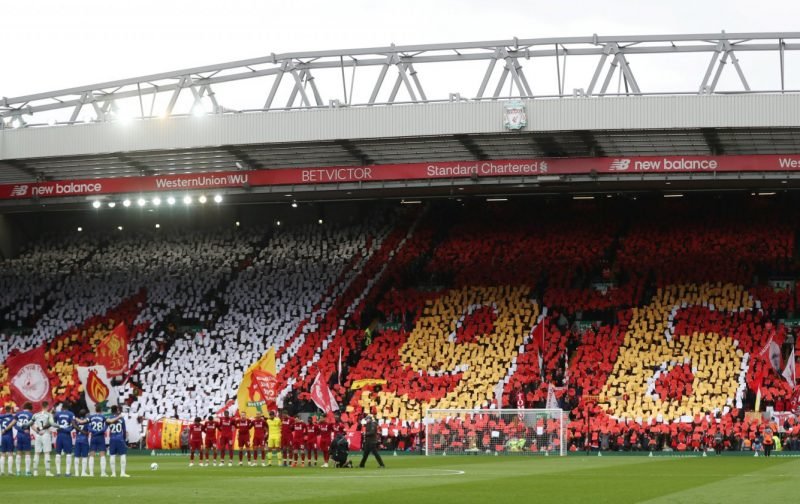 On a day where Chelsea fans behaved impeccably and observed complete silence when it came to marking the 30th anniversary of the events of Hillsborough, it was hugely disappointing to see the Liverpool support, well one lunatic, in particular, ruin the day by throwing that flare into the Chelsea section of the ground.

Sadly, the incident was given minimal coverage in the mainstream media, something that would have been completely different if the boot had of been on the other foot.

But it appears that Liverpool are looking to do something about that incident, with the BBC, carrying a report which carries some remarks from a Liverpool spokesperson that read:

“The overwhelming majority of those present at Anfield ensured the occasion was a fitting tribute.

“Regrettably, however, a smoke device was thrown into the away section during the second half and we are actively working with Merseyside Police to investigate.

“Any person found to have committed this offence will be banned from our ground.”

Hopefully, the person will be identified and his far from charming face will be splashed all over the media, just as it is whenever the Chelsea support are deemed to have committed a crime.

Continuing though, it’s also pleasing to read that Liverpool are also looking to do something about an offensive chant that is continually aimed in our direction, with the statement adding:

“The club is also concerned about a chant from some of our fans, specifically referencing Chelsea, as inappropriate and offensive.

“We would urge all Liverpool supporters to respect each other and stop such chants as they do not reflect the inclusivity that the club stands for.”

I’m assuming the chant in question is the ‘rent-boy’ one that the Kop appears to take great pleasure in singing.

Now, I couldn’t care less about the chant, I grew up in a world where the saying – sticks and stones may break my bones, but names will never hurt me’ era.

But when it comes to flare-throwing, now that is a different matter!

Chelsea Looking To Recruit A Replacement For Hazard