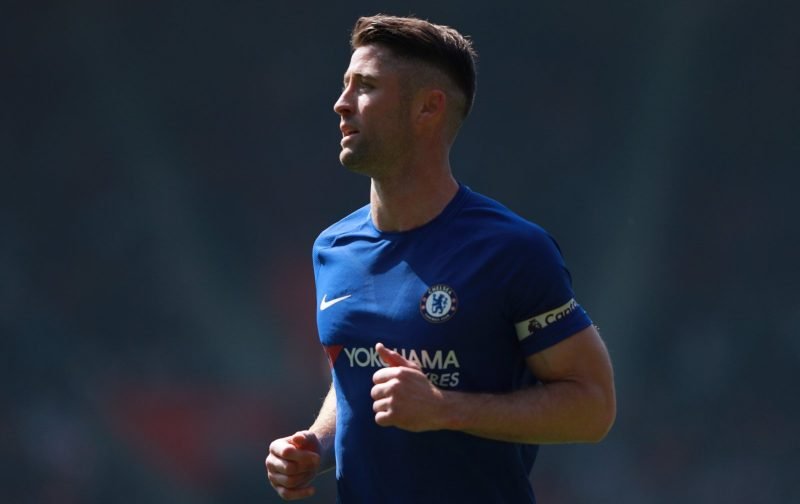 This morning, as I walked in to work, I was contemplating just who Gareth Southgate might select in his 23-man squad for the forthcoming World Cup, in Russia.

To be brutally honest, I couldn’t see any of the current Chelsea squad being named, I was resigned to the fact the days when Chelsea were represented were well and truly over.

But, lo and behold, when the squad was announced we had not one but two of our squad included – Gary Cahill and Ruben Loftus Cheek.

Now I hoped that Loftus-Cheek might be included but I thought it would be a long shot.

But as for Cahill, after the indifferent season, he’d had, I didn’t give the lad a chance.

Naturally, his inclusion hasn’t been universally accepted as being a good thing, as you can see by the Tweet below:

BREAKING: Gary Cahill HAS been included in the 23 man England World Cup squad.

There has also been a mixed reception from the supporters, some, as in the case of @cahillbalde who have offered Cahill a great compliment, adding:

Loads of World Cup Betting Tips available for those looking for a punt.

But not everybody has the same viewpoint with Anirudh having his say,

Southgate planning to get knocked out ASAP. No wilshere no shelvey but he picks livermore and cahill.

Although we’ll leave the last word to James Murphy who added,

Correct decision , may not be having the best season but his experience will be vital with such a young squad.

But what is your view on the subject matter, do you believe Cahill deserved his call-up?

Please feel free to leave your opinions in our comments facility beneath this article.