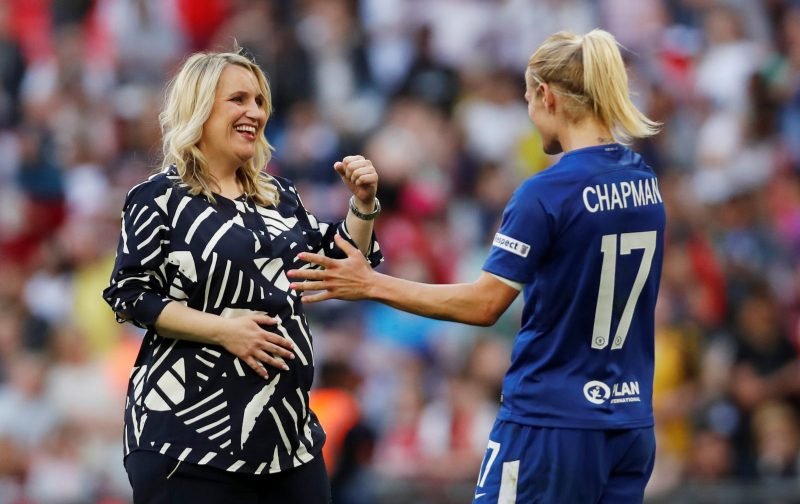 Keen to continue with our coverage of the Chelsea Ladies side, as they look to be on the verge of a unique league and cup double, it appears that one of the stalwarts of the current side is set to call it a day at the end of the season.

Katie Chapman, who captains the side, is set to hang up her boots at the end of the current season.

Chapman, who has had an illustrious career, has decided to call it a day at 35-years-of-age.

On Saturday, Chapman won the Women’s FA Cup for a record 10th time, a unique achievement, during her career she has also amassed 94 international caps.

Her career started at Millwall back in 1996, before she joined Arsenal.

The last move of her career saw her join Chelsea in 2014.

But, although Katie is hanging up her boots she won’t be lost to the club as she’s taking up an ambassadorial role with the club.

“I’ve had a great career, no regrets, and I’ve won so many trophies.

“I’m grateful I have my children and I managed to have them during my career, so they’ve been able to grow up while I’m playing and see a lot of it.

“For me, my focus is on enjoying them and having a bit of my time back.”

Katie will be a hard act to replace in the side, but we wish her well in her retirement and we hope that her career finishes with a flourish as she lifts the title trophy with Chelsea Ladies being declared the champions.