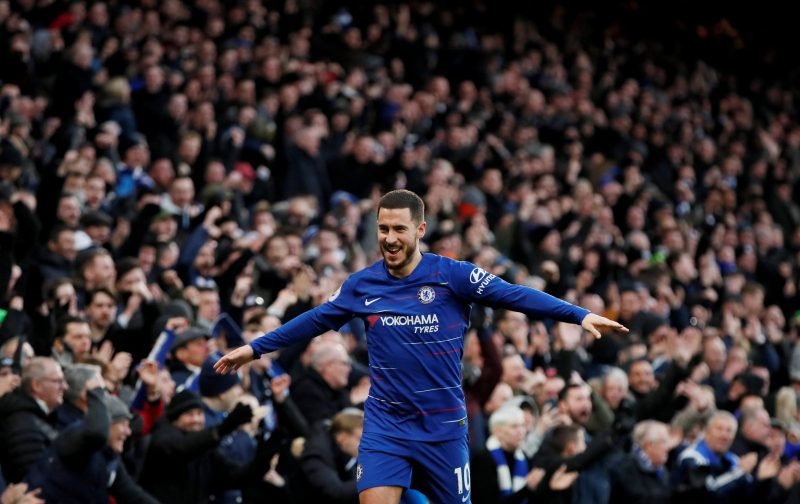 I guess that when you are, undoubtedly, the most talented player in the Premier League, then column inches are always going to be generated when it comes to discussing your future.

Once again, this Saturday morning, the immediate future of Eden Hazard is being readily discussed.

But whilst, earlier in the week, the consensus of opinion that, following the announcement from the 28-year-old Belgian international that he had decided his fate, Eden Hazard would be leaving Stamford Bridge for Real Madrid, Click Here, today a fresh angle on Hazard’s future has emerged.

According to the new source, the Independent, somebody who knows Eden well, Cesc Fabregas, is of the opinion that our jewel-in-the-crown will put pen-to-paper on a new contract and remain at Chelsea.

I’m probably not the only supporter who hopes that Cesc’s views are 100% correct, such a happening would, I feel, also raise Hazard’s status at the club to that of a legend.