An American in London (Pre-Match Day at Chelsea) 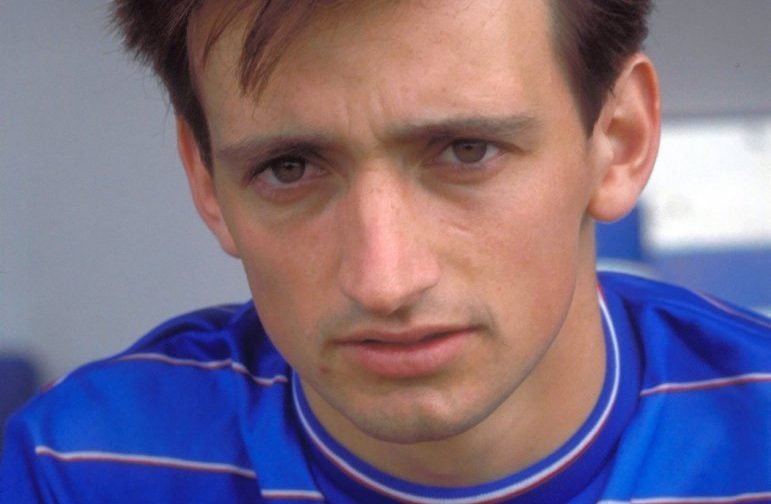 A wonderful article submitted by Mhan7

I’ve been a long time lurker, but I felt compelled to pen a few lines, as I’ve had quite an amazing experience, recently.

Last week, I came to Europe, on holiday, as you say over there. (vacation, for us.) This was the suggestion of my daughter. My entire family are avid travelers, so when my daughter was given the choice to choose our most recent destination, she chose England. This was mostly driven by her fascination with all things historical, but in particular, a love for Peaky Blinders. (an absolutely masterfully made program, if you haven’t seen it). We had originally planned to use London as a springboard for the mainland. But, due to a heavy footballing week, the Eurostar rates and routes were a bit uneconomical, to say the least.

Nevertheless, we chose an alternate plan and made way for Edinburgh. With no real expectations, we were amazed and delighted with the place. If only the weather were a bit drier, it would be heaven on earth. But then, it wouldn’t be Edinburgh. I digress…

Here’s where the story gets interesting. On our way back to Fulham, where we stayed at a certain hotel directly adjoining the away supporter’s section at SW6, I ran into someone, most unexpectedly. At King’s Cross station, I boarded the Circle Line train, headed towards Piccadilly. I got in the very last car, hoping to avoid most of the Friday evening crowd. It’s my habit not to use my mobile on the train, as I very much enjoy the sport of “people watching”. Almost immediately, I see a very plain looking fellow – not unlike myself – with a very classy lady. (also, not unlike my own situation). I thought, “wow, he must have a great personality”. But then, I had to do a double-take, because the man with the classy lady sitting right in front of me looked an awful lot like someone that I recognized from my television.

At this point, I’ve locked in on him, and put my finger up, as if to get his attention. I don’t really want to make a deal of it, so I point directly in his direction, and quietly mouth the words – “Pat Nevin?” Almost immediately, I get a squinting nod, with a thumbs up. Note to self: are you kidding me? You’ve just met Pat Nevin in the tube.

Now, I’m not an intrusive person. I didn’t want to attract any unwanted attention to the man. I simply got up, shook his hand, and took my seat once more. I thought this would be the end of it, great story. But no. For you see, Pat Nevin is an incredibly nice man. He actually moved closer so that we could have a conversation on the train. Now during this time, my wife and daughter are thinking that I’m talking to a workmate or somebody that I actually know. (I had to explain later that if I had actually worked with Pat Nevin, our lot in life would be much different than it currently is). Anyway, Pat talked to us – my entire family – like regular folks, which I appreciated. I felt a little guilty for approaching him. After all, he’s a private citizen, when on his own time, and he doesn’t deserve to be pestered. But we got down to details, such as where are you from, how long are you staying, talking about Scotland, etc, etc. An amazingly normal conversation, for a celebrity whom I’ve just met as a man on the street. And when our time was over, he just excused himself politely and took his exit. Wow. Pat Nevin. Did that seriously just happen?

As an American, you know that I’m not even supposed to know who Pat Nevin is, much less call him out on the street. And amazingly, nobody else on that train even noticed him. In this day and age, celebrities seem to be able to travel stealthily, by way of the fact that nobody can be bothered to look up, so as to notice them. Fortune favoured me on this day, despite the fact. (For those of you with children, please use this as a lesson to teach your children situational awareness)

Fast forward to match day. I’m enjoying time in the 1905 Club, with my new friends, Kenny the Scot, and his wife from Shetland, Alan, from France by way of Kensington, Stefan, my fellow countryman, and almost neighbour (as it turns out), and “The Dr.”, representing India, via New York. I told the Pat Nevin story, and was so giddy, I was shaking when our server (Batman) came around with food and drink. I almost dropped my appetizers!

The match speaks for itself. I can’t really give you too much of an analysis, because it was just amazing to have that experience. Chelsea hospitality is incredible – even if pricey – and the big payoff is having a drink and meal with people that you’ll share the matchday moments with, in real time. And to be able to go back to the dining room and recap it with more of the same. So much better with the personal touch that hospitality provides. (sorry if I sound like an advert, but it was a great experience, even to the point that our table made plans for a one-year reunion)

On the downside, I found out midway through my trip that my company had cut a significant portion of the workforce, and the contract employees – of which I am part – were all terminated, blanket style. That would worry or upset a lot of people I suppose. But I’ve been in that working environment for a long time, and I always know it’s coming – not if, but when. So I have a pretty healthy outlook. And besides… who cares about going back to the same old job, when you’ve just met Pat Nevin?

I’m dedicating this article to the man who may very well be the most down to earth guy in world football. Cheers to you, Pat. My respect to you forever!