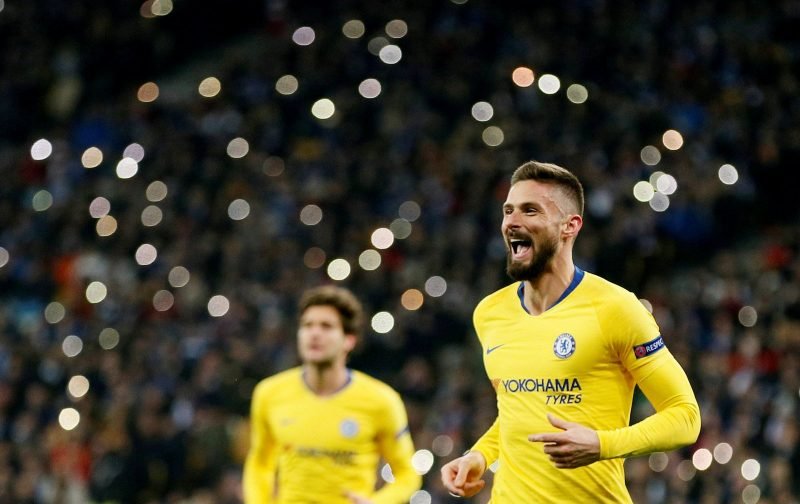 It’s hard not to feel sorry for our French forward, Olivier Giroud.

Whenever he’s given the chance to play, he never lets Chelsea down, but it doesn’t seem to matter how he performs because Maurizio Sarri invariably opts to drop him for the next game.

Therefore, it doesn’t really come as much of a surprise when it is revealed by the red-top publication, the Mirror, that the 32-year-old World Cup winner is set to reject the offer of a 12-month contract extension.

Naturally, Giroud wants to play regular first-team football and that seems as if it is not going to happen at Chelsea Football Club.

But with a two-transfer window ban to deal with, it remains to be seen whether Chelsea allow the striker to leave Stamford Bridge or do their utmost to hang on to the player.

Personally, I’m of the belief that Chelsea should do all they can to hang onto Giroud, especially with Morata committed to a second season on loan and Higuain set to return to his parent club at the end of the season.

But are these views you concur with?

Please feel free to drop a comment or two into the facility beneath this article.