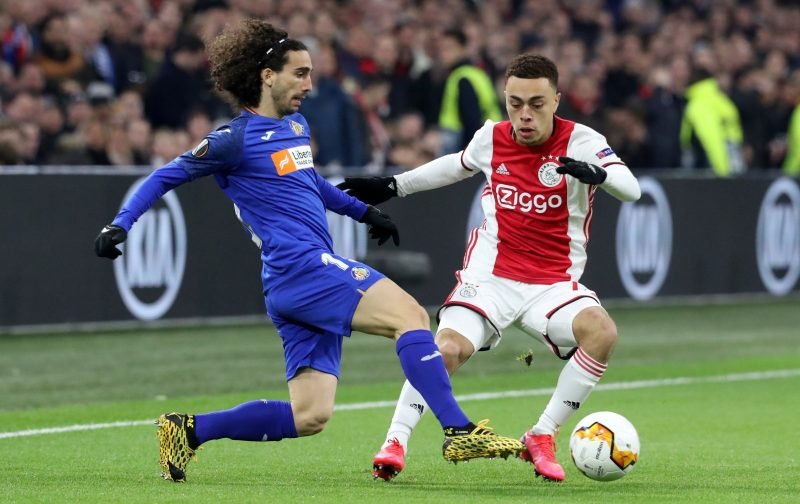 Just recently, there has been huge speculation, in the media, implying that Chelsea are looking to bring in a left-back once the summer transfer window is open.

It is a topic that we’ve covered with a couple of articles, firstly two-top-notch-left-backs-linked-with-summer-move-to-chelsea and then the-chelsea-support-have-their-say-on-the-left-back-dilemma which gave us the indication that, given a choice, those who frequent Vital Chelsea would prefer the club to sign Alex Telles (Porto) as opposed to Ben Chilwell (Leicester City).

However, speculation has emerged this morning, courtesy of The Daily Mail, that another candidate has joined the race with it being implied that Chelsea are showing an interest in 21-year-old Marc Cucerella.

Cucerella is currently on the books of the Catalan giants, Barcelona, but has been loaned out to Getafe.

However, we should point out that Chelsea have rivals for the emerging talent with Napoli, Borussia Monchengladbach and Bayer Leverkusen also showing a vested interest in acquiring the defender.

But does it alter your thinking on the matter?

Would you still favour Chelsea signing Telles or does our apparent interest in Cucurella change matters?

Please feel free to drop your viewpoint in the comment facility beneath this article.