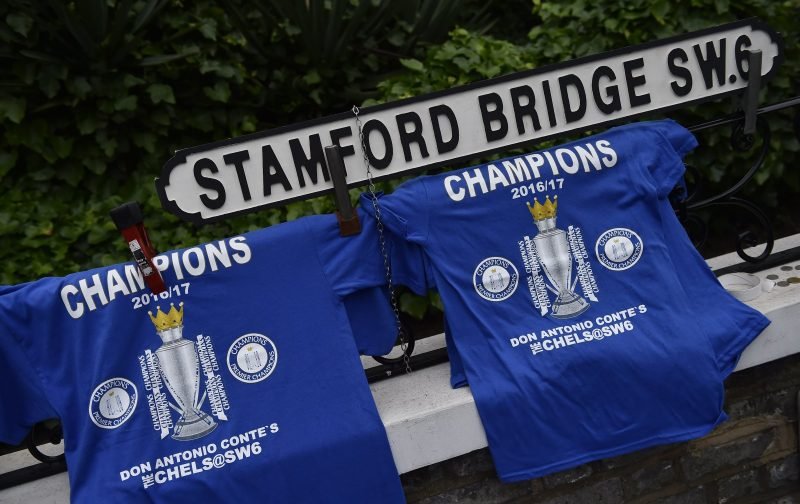 With Liverpool running away with the Premier League title, the most compelling race for fans and bettors is figuring out what teams will fill out the top-4 spots in the league when play resumes following the coronavirus pandemic. To be up to date on anything related to the Premier League or other sports around the world, use Bet365 codes.

For many weeks, Frank Lampard’s Chelsea has sat in fourth place behind Liverpool, Manchester City, and Leicester City. However, the Blues have had a rather tenuous hold on that spot, struggling to fully assert themselves as a top-four club.

But with an FA Cup win over Liverpool and a convincing 4-0 thrashing of Everton, are Lampard and the Blues finally ready to stake their claim to a top-four spot and guarantee another season of Champions League football? Or is Chelsea a good bet to hold off the pack and finish fourth in the Premier League this season?

To say that Chelsea has been frustratingly inconsistent this season would be a drastic understatement. The Blues and their young squad got off to a fast start, only to peter out with Lampard struggling to find answers. However, they’ve always found a way to remain in fourth place.

When Tottenham got within striking distance in mid-February, Chelsea beat Spurs convincingly to give themselves some breathing room. The Blues then saved themselves from disaster with a late equalizer against a Bournemouth side they’ve struggled against in the past.

Chelsea then hammered Everton in what could be a springboard to finally ensuring a top-four position.

Why might Chelsea be ready to run away from the other teams that feel they have a chance at claiming fourth place? Billy Gilmour might be the biggest reason.

The 18-year-old was outstanding in the FA Cup win over Liverpool and just as good in the win over Everton. Meanwhile, Ross Barkley appears to be turning a corner in recent weeks while Mason Mount got back on the score sheet against Everton.

Perhaps most surprising, Olivier Giroud is in the process of settling back in as the primary striker. The Blues can also expect to get a lift with a few players likely to return from injury between now and the end of the season, especially with the extended time off due to the coronavirus.

If the wins over Liverpool and Everton are a sign of things to come, it wouldn’t be a shock to anyone to see Chelsea finish the season strong and claim fourth place in the Premier League, if not better.

However, there are at least a handful of teams that likely believe they’re within striking distance of the Blues and can steal a Champions League spot away from Lampard and Chelsea before the end of the season.

That list of teams begins with Manchester United, who remains just three points behind the Blues after knocking off rival Manchester City 2-0. The Red Devils are still trying to cope with the absence of Marcus Rashford.

But Bruno Fernandes has provided a spark since coming to Old Trafford in late January. Plus, since knocking off Chelsea in early February, Ole Gunnar Solskjær’s team has three wins and a draw in its last four league games, outscoring opponents 8-1 during that span.

Also in the mix is Wolverhampton, who has been a giant killer since gaining promotion to the Premier League two seasons ago. Wolves show incredible levels of confidence against every opponent and give teams headaches with their ability to strike on the counterattack without warning.

While they remain on the Thursday-Sunday schedule because of Europa League, they’ve handled the difficult schedule thus far. More importantly, Wolverhampton gets something from almost every game, as they are tied for the fewest losses in the Premier League outside of Liverpool.

Also In The Hunt

One surprising team that can’t be overlooked in the top-four chase is Sheffield United. They may lack star players or a dynamic attack, but Sheffield has the second-best defensive record in the Premier League.

Match after match, they find a way to grind out results, which will make them difficult to put away unless Chelsea can beat them head to head in late April.

Not to be forgotten is Tottenham, who is in the midst of a terrible slump but remains within striking distance of the top four if they can get things turned around. José Mourinho’s new club looked out of it when he took over but climbed back within a few precious points of Chelsea.

A similar run can’t be ruled out for Spurs, especially if Harry Kane and Son Heung-Min can return from injury before the end of the season.

Last but not least, Arsenal suddenly looks like a team that could make a late run at the top four. The Gunners will be particularly motivated to knock their London rivals out of a Champions League spot.

Being knocked out of Europa League, while disappointing, can only help Arsenal push for a return to Champions League by overtaking Chelsea. After a win over West Ham United, the Gunners are undefeated in eight straight league games, including three consecutive wins.

Mikel Arteta has quietly turned Arsenal into one of the hottest teams in the Premier League, and if that continues, they could be the most dangerous threat to Chelsea’s top-four spot.

Currently, there are at least a half-dozen teams with their sights set on finishing fourth in the Premier League this season. However, Chelsea remains in the driver’s seat, as they’ve held onto that spot for a majority of the season.

With the Blues appearing to hit their stride recently, they continue to be the safest bet to finish fourth and secure another season in the Champions League. That’s not to say it’ll be easy for Lampard and company, who have dealt with a plethora of ups and downs this season.

But the Blues are finally looking like a top-four team on the field, and they should find a way to finish there when all is said and done.