Back from the Dead to Become Invincible 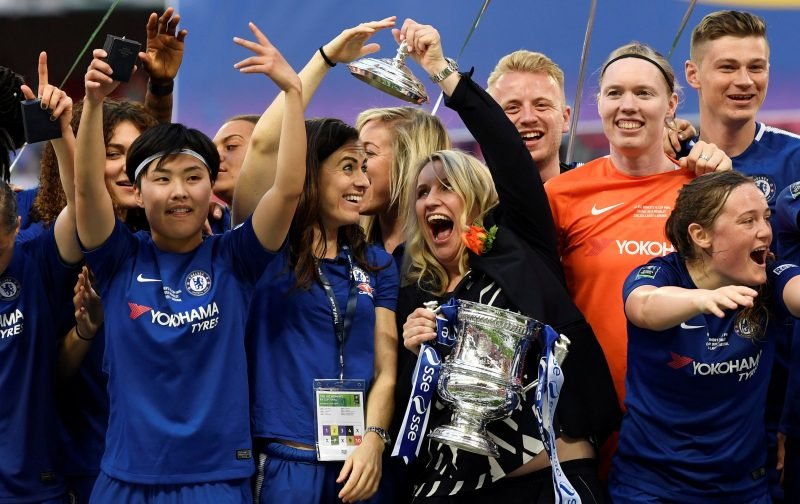 After wrapping up the unique double of the Women’s Super League 1 and the Women’s FA Cup, Chelsea Ladies were hoping to finish the season by avoiding defeat in the trip to take on Liverpool, for the last game of their season.

If they could manage that feat then they’d have gone the whole league season unbeaten.

But, it seemed that the Ladies were suffering from a hangover in the first ten minutes as Liverpool roared into a 2-0 lead.

The Chelsea defence was breached as early as the 1st minute when Jess Clarke was on hand to score from close range by getting on the end of an assist by Caroline Weir.

In the 9th minute matters got worse for Chelsea when Niamh Charles made it 2-0 and it looked as if the dream of going a complete season unbeaten was to become mission impossible.

But the Chelsea Ladies are made of stern stuff and the arrears were reduced in the 71st minute when Eni Aluko narrowed the deficit.

As the game entered the last ten minutes, Chelsea were pushing forward, desperate to get at least a draw to preserve their unbeaten record, but their endeavour was to see them go one better.

In the 81st minute, Ji So-yun made it 2-2 with a volley and then three minutes later she curled home a left-foot shot to give Chelsea a 3-2 victory.

The win ensured that the Chelsea Ladies won the WS1 title by six points and also laid down a marker, for next season, by going the whole league season unbeaten.

Our congratulations go to Emma Hayes and her coaching staff, as well as the player’s, for a magnificent achievement.