Cahill Makes His Emotional Return To Stamford Bridge, But Is He, In Your Eyes, A Chelsea Legend 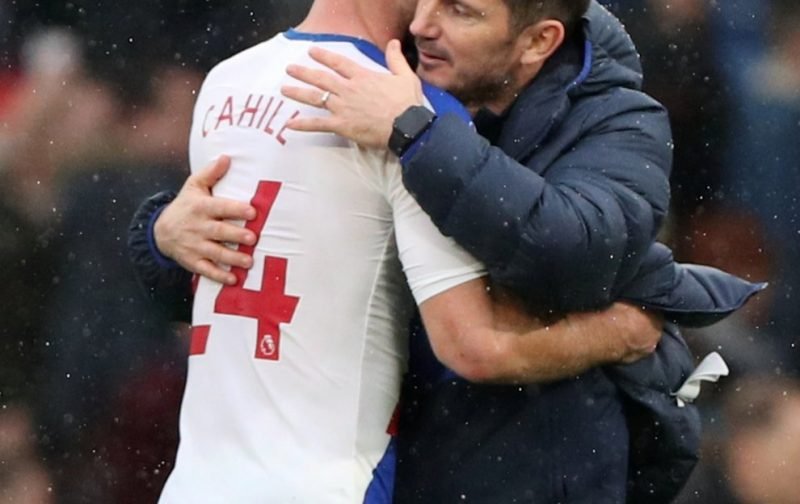 Yesterday, emerging from the Stamford Bridge tunnel, Gary Cahill got the reception we hoped he would from the Chelsea faithful.

After a distinguished career with Chelsea, a career in which he won every honour he could at domestic level, it was great to see Cahill afforded the reception he deserved.

As for the game, it’s probably fair to say that Cahill was the best Palace player, on the day, doing his utmost to stem the non-stop flow of attacks mounted by Chelsea.

After the game, the centre-back, as reported by The BBC, spoke about making something of an emotional return to his former stomping ground and the reception he got:

“It was very strange to come back here. It was always going to be a bit emotional and a bit weird. Thank you to the fans for the reception, that was terrific. To spend so much of my career and life as a footballer here, and the memories I’ve got, that’s life as a footballer, you move on.”

And as for the crop of youngsters that are currently serving Chelsea so well, Cahill further added:

“For a fan of Chelsea it’s so exciting for the young lads to have these opportunities… It was very tough today. We played well but the quality’s there. The more experience they get the better they’ll be for it.”

But we couldn’t finish this article about one of the heroes of that marvellous night in the Allianz Arena, in Munich, by revealing whether, in a recent poll Vital Chelsea ran, whether you believed Cahill had done enough during his Chelsea career to be rated a hero.

The result, a unanimous one, saw 82% believe the former England international should be declared a Chelsea legend whilst only 7% didn’t agree. As for the remaining 11% they were undecided, just what does someone have to achieve in some peoples eyes to be granted legendary status?