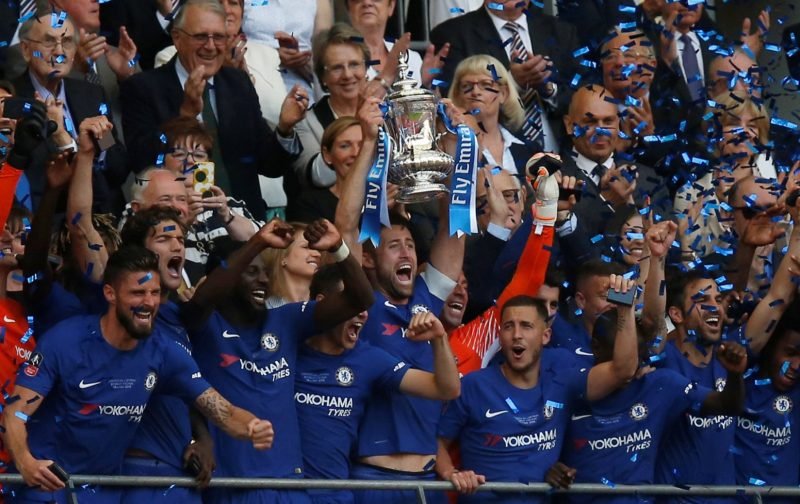 It’s been a remarkable week for the Chelsea captain Gary Cahill.

After being named in the 23-man England squad, for the forthcoming World Cup in Russia, Cahill was part of a stoic defensive masterclass that kept Manchester United at bay, at Wembley, as they lay siege to the Chelsea goal, desperately seeking to get back on level terms after Eden Hazard’s first-half penalty had given Chelsea the lead.

Talking to the media, in the immediate aftermath of the victory that gave Chelsea an 8th FA Cup triumph, Cahill had this to say,

“Unbelievable. You can see what it means to us, to the fans and the staff. This was to save our season, we haven’t had a magnificent season by any stretch. We are used to winning, I’m not saying that in an arrogant way.

“We had a lot of defending to do, they pushed us until the very end. We are buzzing. We got the job done.

“This a dream come true because it is my first trophy win as captain of the club. It is extra special for me. I didn’t play in 2012, from a selfish point of view it is not the same feeling when you have not won it on the pitch.”

Cahill, as many footballers tend to say, must be feeling over the moon, but at Wembley today his experience shone through and Gareth Southgate will have noticed how, in the face of immense Manchester United pressure, Cahill was immense and clearly did enough, in my opinion, to warrant inclusion in the England side that could surprise everyone in Russia come June / July.

Sometimes, although there is a craving to give youth a chance, there really is no substitute for experience.