Chelsea – A Work In Progress That Will Inevitably Produce The Goods 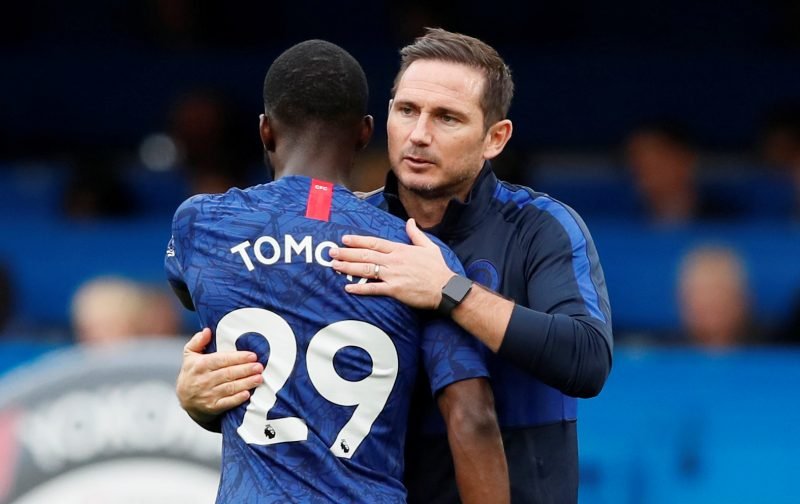 There’s no doubting that these are exciting times for Chelsea supporters.

After being frustrated by the style of football played under Maurizio Sarri last season, Frank Lampard has given the club its identity back again with a fresh approach that will, we’re sure, eventually, pay dividends.

With an injection of youth, it’s fair to say that Chelsea are a work-in-progress and, it appears, the support recognises that fact.

On Saturday, against Brighton, Chelsea got their first home win in the 2019 / 2020 Premier League whilst also keeping a clean sheet, their first since the last game of the 2018 / 2019 season, against Leicester City, a staggering 11 games.

But whilst we were grateful that the team earned the three points, there were moments when the score was 1-0 that Brighton looked to rally and draw level.

Chelsea, in the game, mustered 17 shots in the first-half; such was their domination, but poor finishing left the support biting their fingernails.

After the game, talking to The BBC, it was a point Frank remarked about when the gaffer said:

“We had a lot of shots in the first half but had weak finishing and a bit of bad luck.

“The only disappointment is we didn’t have more goals. We got a clean sheet as well. It is good for the confidence of everyone.”

The clean sheet was most welcome and will give the defence confidence but it’s fair to say other sides in the Premier League won’t be so forgiving when it comes to that plethora of missed chances.

Like we said earlier, it is definitely a work-in-progress scenario, but the unwavering support Frank has from the Chelsea support will allow him the time to push Chelsea onwards and upwards, there’s a certain inevitability about it don’t you think?

Please feel free to offer your thoughts on the above article in the comment facility beneath this article.