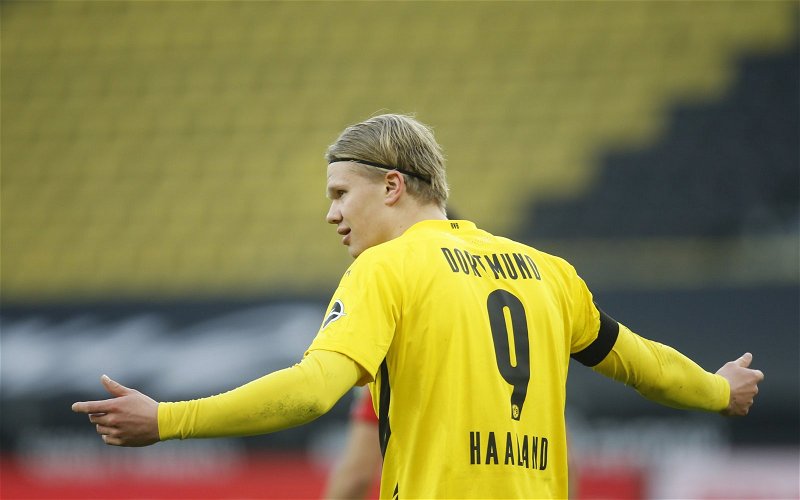 Just studying the tittle-tattle that has appeared in the last twenty-four hours is enough to offer a confusing picture.

If you believe The Sun, Chelsea’s chances of signing the 20-year-old striker are minimal with this referenced source championing the suggestion that Haaland has indicated, if he were to leave Borussia Dortmund, there are only six clubs he would consider joining and when it comes to the option of moving to the Premier League, he would only think about joining Liverpool, Manchester City or Manchester United.

But do not be put off by that particular piece of speculation because if you view The Metro, a completely different picture is painted with this particular source of the opinion that Chelsea, despite what The Sun, are implying, are growing increasingly confident of signing this future world star.

But as you would expect, other European clubs are pretty sure they have a more than decent chance of signing the player with, according to The Daily Mail, Real Madrid believing that Manchester City are their main rivals when it comes to splashing the cash.

But will Haaland leave the Bundesliga is another question that raises its head with The Mirror, inferring that Bayern Munich, despite the financial woes brought upon by COVID-19, are confident they will have the cash to complete the signing of Haaland.

If that is the case, then perhaps Robert Lewandowski might become available or perhaps the Bavarian giants will play Lewandowski and Haaland together and continue to dominate European football, a sobering thought I would say.

All I can suggest is that we all keep an eye on proceedings because this particular tale has a lot more legs in it, I would say.