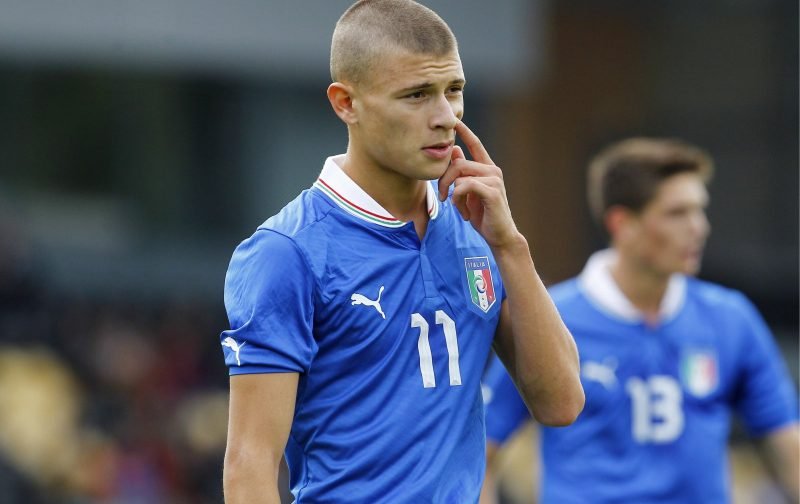 Back in the days when the January transfer was open and transfer speculation was rife, the opinion we grasped from the plethora of rumours doing the rounds, was that our Spanish midfielder, Cesc Fabregas, wouldn’t be sold until a replacement had been sourced.

However, the 2019 January transfer window slammed firmly shut without a midfielder being added to the squad but with Fabregas leaving the club.

Today, Wednesday, the mystery surrounding the above has been somewhat solved.

According to the Italian media source tuttomercato, and as, at the time, reported by Vital Chelsea, Click Here, is reporting that Chelsea had agreed on a transfer fee of €50 million to sign the 21-year-old Italian midfielder Nicolo Barella.

The fee was deemed as acceptable by his current club, Cagliari, but it turns out the player didn’t want to make the move.

It remains to be seen whether the deal is dead and buried or whether it’ll be resurrected in the summer, meanwhile, we’ll just plough on with the multitude of midfield talent we currently have.

Unfortunately, For Chelsea, The Inevitable Is About To Happen