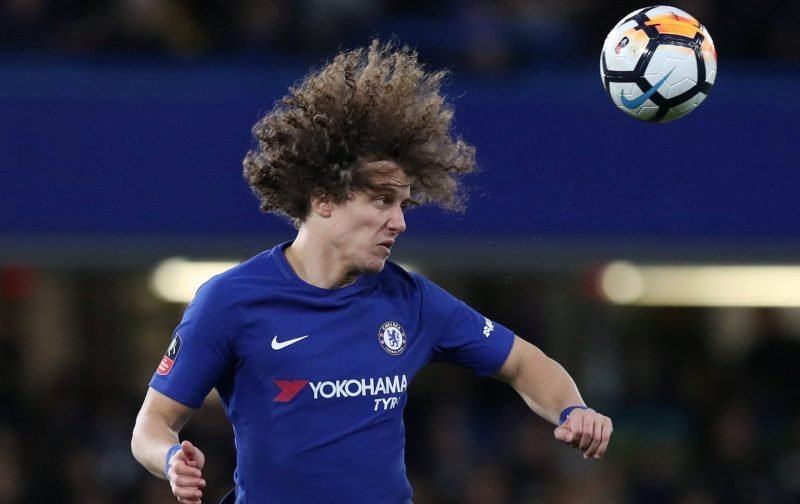 The future of Chelsea’s Brazilian centre-back, David Luiz, features in the media this morning.

David Luiz, who after being an integral part of the 2016 / 2017 Premier League title-winning season, struggled for appearances and fitness last season, is being linked with a move to Serie A.

According to the popular tabloid source, the Mirror, player could be heading to Napoli with the 31-year-old said to be on a list of transfer targets the new Napoli boss, Carlo Ancelotti, has.

David Luiz has had two spells with Chelsea Football Club, in his first he was part of the side that achieved legendary status by winning the Champions League and in his second spell won a Premier League title.

But, in the face of the emerging speculation, has the likeable, but sometimes erratic, Brazilian played his last game for Chelsea Football Club, or does he still have a future at Stamford Bridge?

Our thoughts are that the players best days are behind him and a move is perhaps inevitable.

But is this a view you agree or disagree with?

Please feel free to air your opinions in the comments facility beneath this article.