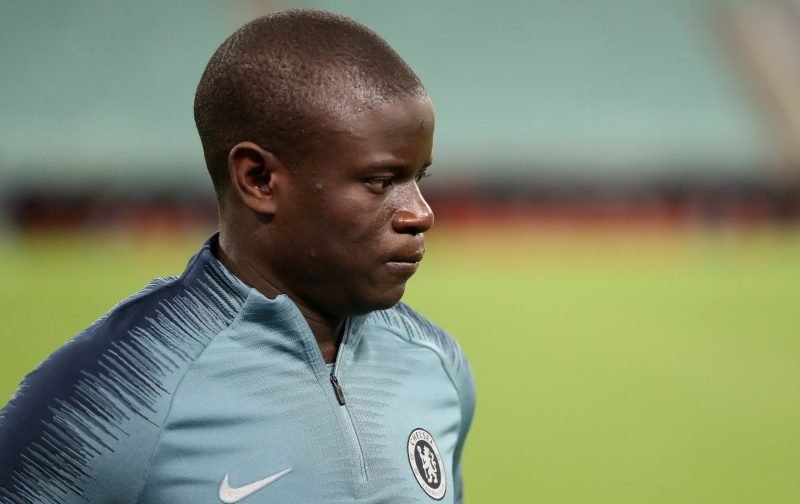 Since arriving at Chelsea Football Club, from Leicester City back in 2016, there’s no doubt that N’Golo Kante has proved to be a fantastic buy.

The 28-year-old French midfielder has more than repaid his transfer fee with a series of displays that have shown, time and time again, that he is the best player in Europe in his position.

But could his days at Stamford Bridge be coming to an end?

The reason I ask is that speculation has appeared in The Daily Mail, that infers our previous boss, Maurizio Sarri, wants to sign Kante for his current club, Juventus.

Sarri, who left Chelsea in the summer, is convinced that the signature of Kante would complete a dream midfield for his current club, playing alongside Miralem Pjnaic and Aaron Ramsey.

Furthermore, Sarri believes that an offer in the region of £70 million would be enough to prise Kante away from SW6.

Will Kante be tempted?

Would Chelsea even consider a sale?

Two questions I don’t know the answer to.

However, I’d hope that Kante remains and plays his part in what is clearly a bright future for Chelsea Football Club.

Please feel free to drop your views on this subject matter into the comment facility beneath this article.