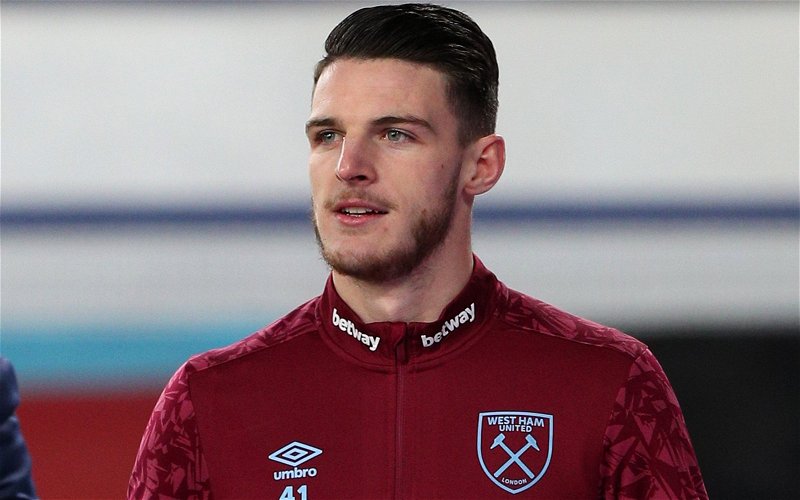 I have lost count of just how many times the names of Declan Rice and Chelsea have featured in the same sentence.

The possibility of Rice moving to Stamford Bridge, in the summer, has been a topic we have often focussed on, the latest offering being – chelsea-target-indicates-he-wants-to-remain-in-london.

The last forty-eight hours though has seen something extremely interesting surface.

Several news sources, including 90 Minutes are reporting that his current club, West Ham United, could be forced, courtesy of the ongoing pandemic hitting finances, to let the 22-year-old international midfielder leave for as little as £50 million.

However, if Chelsea really, as I suspect, are keen on bringing Rice back to Stamford Bridge, a price that low could increase the competition for his signature with our quoted source inferring the news has alerted Liverpool, Manchester City and Manchester United to his possible low cost availability.

Previously, as the link at the top of this article hinted at, Rice has stated he would like to remain in London, so, perhaps, Chelsea have a decent chance of closing this deal come the opening of the summer transfer window.

Chelsea Set To Lose Out In Defender Chase