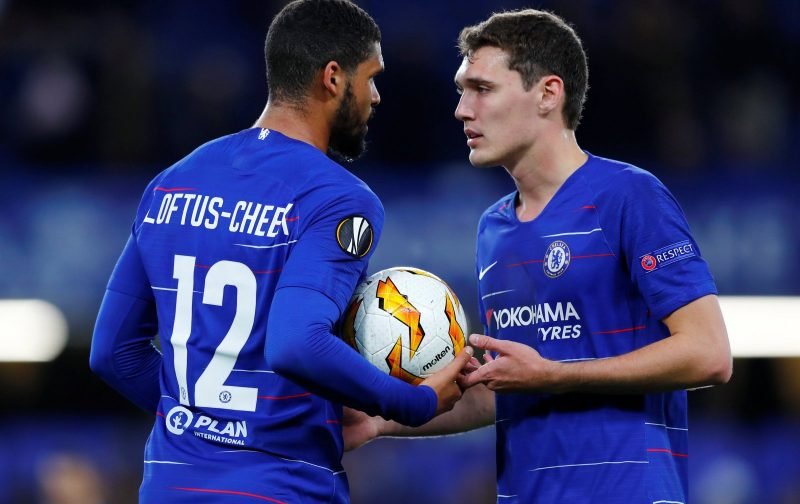 I wonder how Andreas Christensen views his Chelsea future?

Last season, the 22-year-old Danish international was a regular in the back-three formation preferred by Antonio Conte.

This season, Christensen has cut an isolated figure with Maurizio Sarri preferring to use a back-four with Antonio Rudiger and David Luiz as the duo preferred at the heart of the defence.

Christensen has had to be content with a few cameo appearances in the League Cup and Europa League.

As a consequence, it would seem, according to the tabloid news source, the Mirror, the mighty Barcelona have come knocking on the Stamford Bridge door looking to acquire the services of the centre-back, in January.

The Catalan side are looking for reinforcements at the heart of their defence with a regular member of their starting eleven, Samuel Umtiti, set to go under the surgeons’ knife.

Our referenced source infers that Chelsea have rejected Barcelona’s enquiry and see Christensen as a part of Chelsea’s long-term strategy despite being under-used this season.

Which begs me to ponder, I wonder how the Dane feels whilst training at Cobham knowing he’ll not be getting regular football this season but could, instead, be lining up for Barcelona, In La Liga!

Life can be strange, and cruel, at times!