Chelsea Defender Given The Send-Off He Deserves 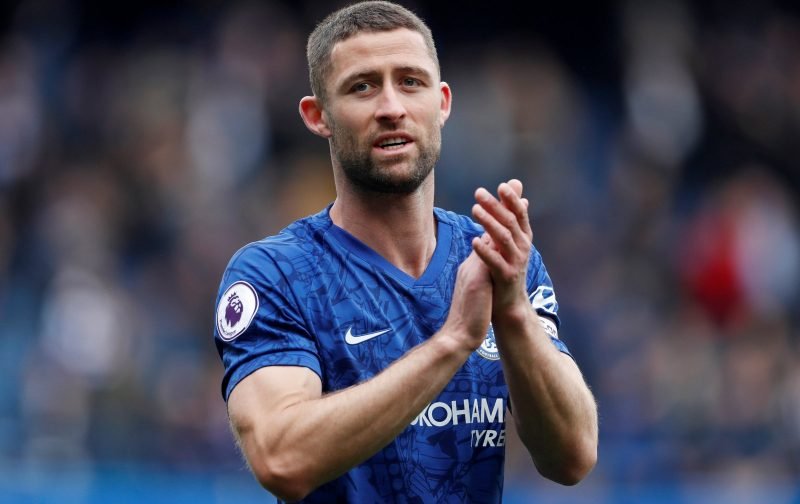 Yesterday, with just minutes to go in the Premier League clash with Watford, Chelsea’s last home game of the 2018 / 2019 Premier League campaign, Gary Cahill was introduced as a very late substitute.

For 33-year-old Cahill, it has been a season to forget with our club captain being virtually ignored, by Maurizio Sarri, when it comes to being selected.

On being introduced, Cahill, quite rightly, received a heroes’ welcome from all four corners of the ground, after all this is the man who has won everything possible with Chelsea Football Club.

After such a disappointing season, Cahill is expected to leave the club for pastures new but not before explaining to the media just how wretched this season has been with Cahill reported by the media source, ESPN, as remarking:

“It’s been really terrible for me personally.

“It’s been very difficult. I have played on a regular basis over the previous six seasons and I’ve won everything with Chelsea, so to be watching from the stands is something I didn’t expect. I know how the whole club works, I’ve got a big relationship with all the players and staff, and yet none of that has been utilised.

“I see some of the situations with players who won the title with Chelsea, not just myself, and it just hasn’t been right. It makes it very hard for me to have respect for someone who has not respected what some of us have won with the club.” 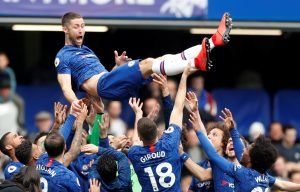 But, having ignored the club captain for so long, Sarri did have some kind words to say about one of the heroes of that epic night in Munich, with the BBC, carrying the following remarks from the Italian:

“Gary Cahill is very important in the dressing room, very professional, he played only five or six matches this season but in training he was really very important for us. It was right to put him on the pitch for the last minutes.”

Yes, it was and when Cahill clears out his lockers at Cobham and Stamford Bridge, he can walk out of the club with his head held high.

Thanks for everything Gary and all the best in the future.