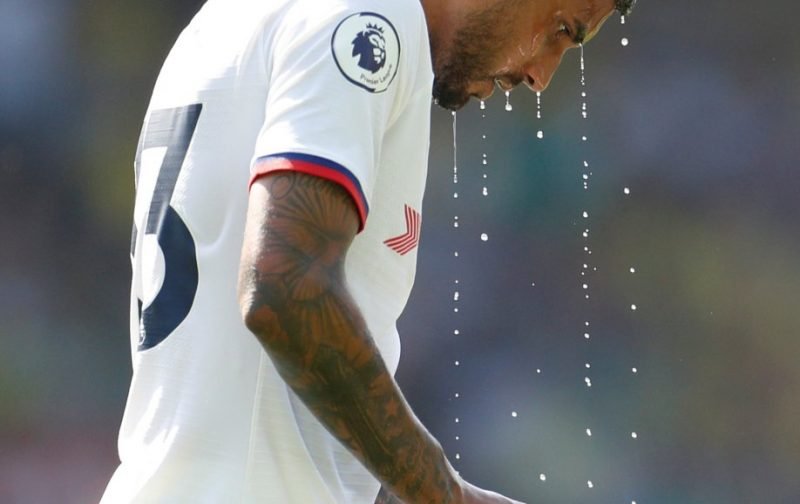 The danger clubs face when the international breaks descend upon us is that someone is going to return to club duty with an injury.

With Chelsea having had more than their fare share of injuries this season, with Callum Hudson-Odoi, Reece James, N’Golo Kante, Ruben Loftus-Cheek and Antonio Rudiger all side-lined, the last news they wanted to hear was that Emerson Palmieri limped off during Italy’s clash with Finland.

Emerson, who has been a revelation this season and has become a regular starter ahead of Marcus Alonso, lasted just eight minutes before succumbing to what looked like a hamstring injury.

However, as reported by The Sun, things might not be as bad as first feared with the player, via his Twitter account, being reported as having remarked about his situation:

“Unfortunately, I had a small injury, but it’s nothing serious. Let’s continue like this!”

Fingers crossed that Emerson is available for what will be a tricky fixture against Wolverhampton Wanderers this Saturday.