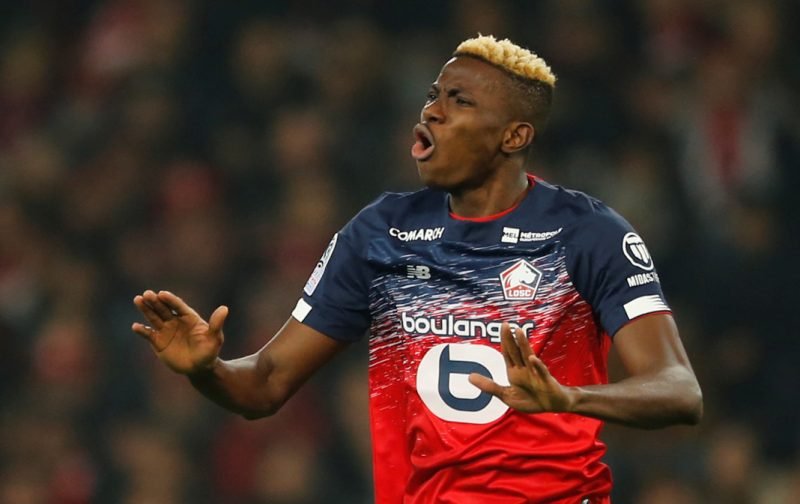 Yesterday, as we did a quick round-up of the transfer speculation linking players with a move to Stamford Bridge, we covered the gossip linking Chelsea with a move for the Nigerian striker, Victory Osimhen.

Our article – and-another-striker-is-linked-with-a-move-to-chelsea-football-club, received several responses, in our comment facility, that pleaded with the club to sign the 21-year-old from his current club, Lille.

However, this morning, it would appear that Chelsea if indeed they are interested in signing the striker have some competition from another Premier League club.

As well as the European giants of Juventus and Inter Milan being interested, The Daily Mail, is reporting that high-flying Leicester City are also looking to close a deal for the player.

Personally, when it comes to choosing a residence Turin, Milan and London seem far more amicable than Leicester!

Here at Vital Chelsea, we’ll keep an eye open for any further developments and report back as deemed necessary.