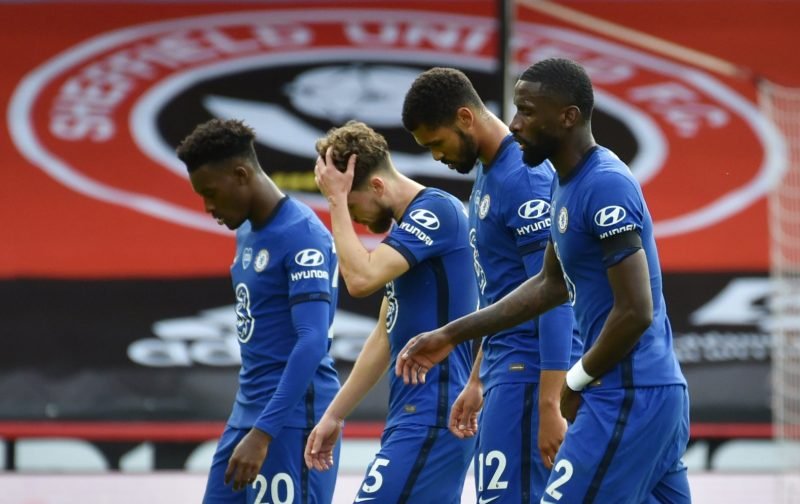 It is the morning after the night before and the Chelsea support is still trying to come to terms with just how poor the side was against Sheffield United.

Chelsea, to their shame, never looked like getting anything from the game and were off the pace right from the first whistle.

It is hard to pick out any individuals who let the side down, it was everyone, it was a collective effort to be so poor, so flat and so one-paced.

With a place in the Champions League in sight, the Chelsea support had hoped the team would play with a little fire in their bellies, out-fight Sheffield United and provide a performance worthy of a side that is looking to finish in the top-four.

But it didn’t happen.

After the game, a perplexed looking Frank Lampard, as reported by The BBC had this to say:

“They were better than us physically, in the mind and with the ball. So you lose the game. They were stronger than us. You feel and hear every noise and all I could hear was Sheffield United voices. They are a good team. If you come here and perform below par this is what will happen.

“I am concerned with how we performed. I learned a lot today. We need to put that to bed and fight for the top four.”

On Tuesday, Chelsea have the perfect chance to get the show back on the road when relegated Norwich City come to Stamford Bridge, but on the evidence of last night, would you put your mortgage on Chelsea coming away with all three points?

Chelsea Have Rivals When It Comes To Signing This Full Back

11 Replies to “Chelsea Flop At The Most Inopportune Of Times”