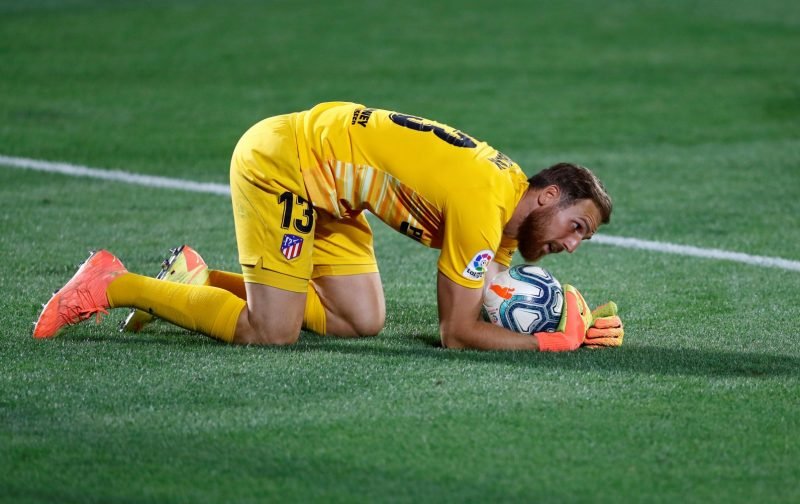 In the last week or so, a plethora of column inches has emerged linking Chelsea with a big-money move for the Atletico Madrid goalkeeper Jan Oblak.

The 27-year-old Slovenian international is rated, by many, as being among the best in his world in his position.

But such a high rating comes at a huge price with Atletico Madrid having set a release clause in Oblak’s contract of £109 million.

But, according to The Sun another Premier League club is looking at Oblak to remedy their own defensive woes.

With David de Gea making a plethora of costly errors recently, Manchester United view Oblak as the cure to their ills.

Such an audacious move would surely see the Old Trafford career of de Gea come to an end, but it could also, in a roundabout way, benefit Chelsea.

If Oblak were to go to Old Trafford, surely Dean Henderson would realise he has no immediate long-term future at the club and would be looking for a move.

Could that move be to Chelsea?

Would Henderson be a more realistic signing than Oblak considering the transfer fees each would command?

Indeed, which, given the chance, would you prefer?

Taking Everything Into Account Who Would Be Your Preference?

Please feel free to add your views in the comment facility beneath this article.