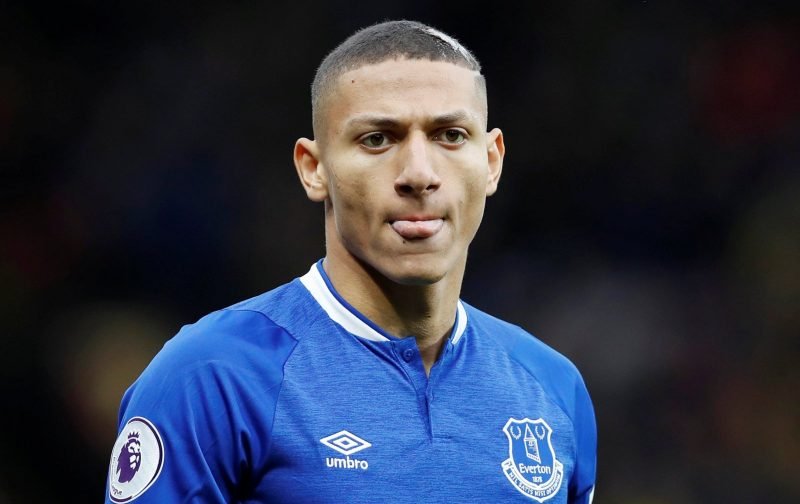 With the future of Chelsea’s jewel-in-the-crown, Eden Hazard, still, to be decided, speculation has already begun to emerge as to whom Chelsea might look to bring to Stamford Bridge if the Belgian international does decide his future lies elsewhere.

If the scribes at the tabloid publication, the Daily Star, are to be believed, one player on Chelsea’s radar is the Everton forward, Richarlison.

The 21-year-old has enhanced his reputation after a summer move from Watford to Everton and in a struggling Everton side, he has scored 10 times in 23 Premier League games.

A Brazilian international, Richarlison, since making his international debut, has scored 3 times in 6 appearances.

However, our referenced source also goes on to imply that there are several other clubs interested in acquiring the services of a player who is rated at £80 million by Everton, with AC Milan, Paris Saint-Germain and Atletico Madrid all getting honourable mentions.

If Hazard were to leave Stamford Bridge, the club would need to bring in someone to fill the void, but would Richarlison be that man?

At 21-years-of-age, he is still learning his trade but from what we’ve seen, in the Premier League, he does have something about him, but whether he’s the man to fill Hazard’s boots remains to be seen, I guess only time would reveal the true answer to that question.