Chelsea in Hot Water With the FA Again 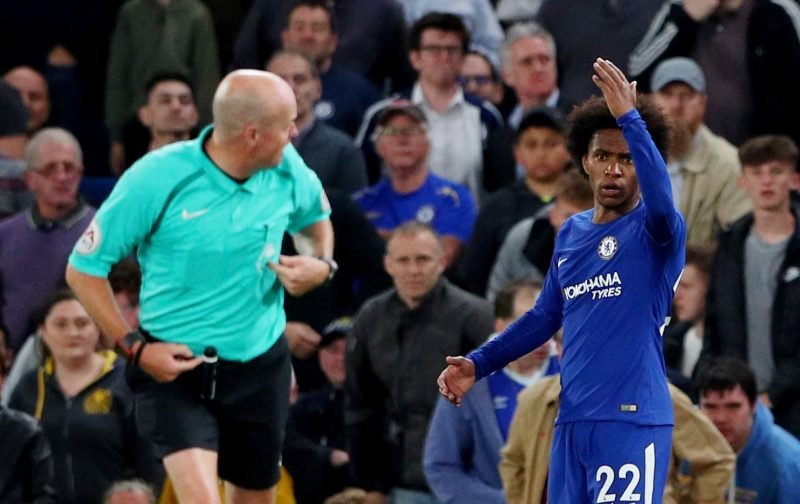 News has broken, this evening, Chelsea have been charged by the Football Association.

The charge relates to an incident that occurred in the home fixture against Huddersfield Town, on Wednesday evening.

The officials had declared a couple of minutes of stoppage time during which Chelsea won a corner in the last knockings of the indicated period.

Willian dutifully trotted over to the corner flag adjacent to where the East Stand meets the Shed End but, as he prepared to take it, the referee, Lee Mason, blew the whistle for the half-time break.

Incensed by the decision and of the belief that time should have been allowed for the corner kick to be taken, Willian led the protests as the officials tried to leave the pitch.

As the debate got more heated, Willian was joined by several of his team-mates and it is that action that has seen the club charged with the heinous charge of not ensuring their players conducted themselves in an orderly fashion.

Chelsea have until 18:00 hours BST on 15 May to respond to the charge.

Here at Vital Chelsea we know there’s little or no chance of Chelsea winning any sort of appeal, it just remains to be seen how much the club are charged for what really was a storm in a teacup.