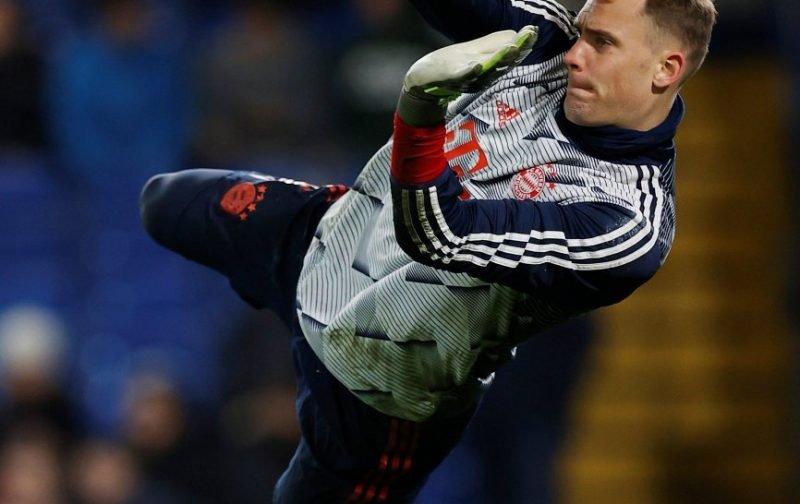 Yesterday, here at Vital Chelsea we continued what is becoming a long-running saga when it comes to who might be between the posts at Chelsea next season.

The latest piece of speculation we covered – and-another-name-is-added-to-the-media-driven-chelsea-wish-list – inferred that Chelsea were showing an interest in the Italian international goalkeeper, Gianluigi Donnarumma.

Today, in what has become an almost daily occurrence, the name of another top-notch keeper is being mentioned in the same sentence as Chelsea.

According to the German news source, The Bild, Chelsea are looking at the Bayern Munich keeper, Manuel Neuer.

It seems the 34-year-old is unable to agree on a contract extension with the Bavarian giants and isn’t too keen on being offered just a 12-month deal.

This piece of transfer speculation is given further credence by The Daily Mail which suggests Bayern are somewhat resigned to losing their long time first-choice keeper and are making plans to tempt Barcelona into parting with Neuer’s German international team-mate, Marc-Andre ter Stegen.

But what do we, here at Vital Chelsea make of this particular piece of gossip?

While there is no doubting Neuer has been a top exponent of the art of goalkeeping, at 34-years-of-age are his powers on the wane?

Is this something those behind the scenes have noticed and that is why they’re not prepared to offer him the deal he wants?

Also, you’d have to consider just what size the transfer fee would be and what salary the experienced keeper would command.

Those are just three questions that would make me consider opting for Gianluigi Donnarumma, younger, just as capable and with years ahead of him.

Now those are just my views, but are they views you concur with?