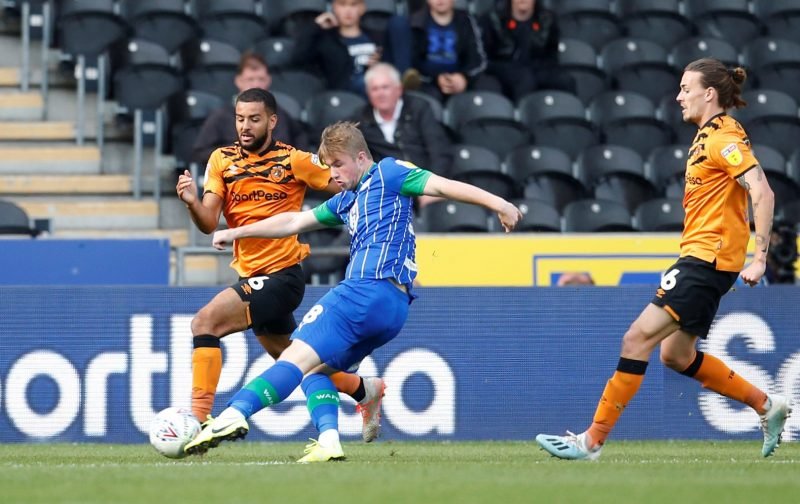 Although currently serving a ban that sees it forbidden for Chelsea to sign players, it is hoped that the FIFA imposed ban could be lifted by the Court of Arbitration allowing recruitment to restart in January.

If that is the case, then it’ll certainly be interesting to see who Chelsea sign.

Lurking in The Express, this weekend was the inference that Chelsea, already benefiting from a youthful influx into the first-team squad, are being linked with the possible acquisition of another teenager.

The teenager in question is Joe Gelhardt who, according to our source is rated as the hottest young prospect outside of the Premier League.

Gelhardt, 17-years-of-age, is currently on the books of Wigan Athletic and has caught the attention of both Chelsea and Everton through his exploits playing for the England U17 squad.

In 15 appearances for the aforementioned side, Gelhardt has scored an impressive 12 goals.

However, we feel obliged to point out that the teenager has yet to make a start for his club although did score after coming on in a recent fixture against Hull City.

Now whether the teenager would be interested in an approach from Chelsea remains to be seen but my belief is the manner in which Frank Lampard has shown that, finally, Chelsea are prepared to give youth a chance can only be beneficial.