Chelsea Linked With Two Strikers, One A Star And One Who Is Going To Be A Star 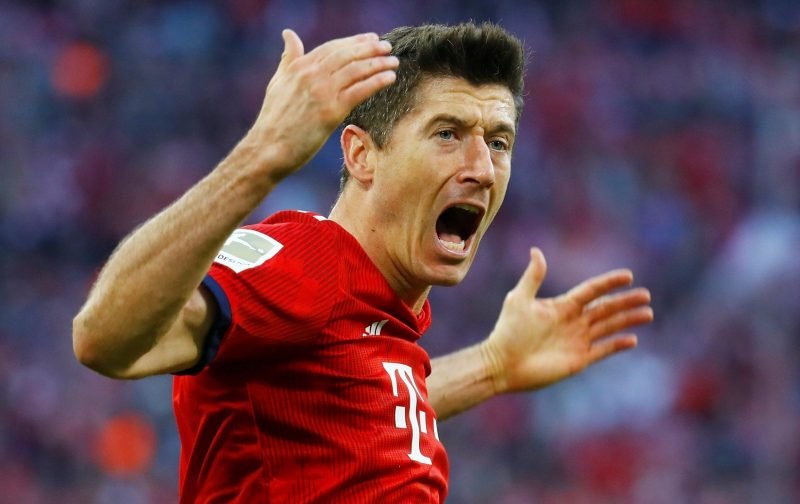 Although Chelsea are the subject of a two-transfer window ban, a ban which we understand Chelsea are continuing to appeal against, media speculation relating to potential signings continues to generate column inches.

Lurking in the pages of the red-top publication, the Mirror, is the inference that Chelsea are still looking to solve a striker crisis that seems to have plagued them since the legend that is Didier Drogba left Stamford Bridge.

With Alvaro Morata on loan for the remainder of this season and Gonzalo Higuain looking like he’s a spent force, eyes are, once again, being cast towards the continent with regards to the acquisition of yet another striker who may be a rarity and hit the jackpot at Stamford Bridge.

Our quoted source has come up with two possibilities, with one probably being more intriguing than the other.

The first suggestion is that the club have made contact with the representatives of the Bayern Munich striker, Robert Lewandowski.

The Polish international has a reputation of being a 30-goal a season striker, something he’s acquired during his career.

However, at 30-years-of-age, would a move for Lewandowski have any real longevity or any hope of recouping the majority of the financial outlay when it comes to the player moving on?

The second suggestion is a little more low key with the inference given that the club are looking at the Borussia Dortmund striker, Alexander Isak.

Isak though is just 19-years-of-age and definitely one for the future as opposed to the instant solution some would say we need.

Dubbed the new Zlatan Ibrahimovic, Isak is currently on loan at the Dutch club Willem II where he has scored 11 goals in 11 appearances and also been watched by the Chelsea scouting team.

Besides, would the acquisition of Isak add anything to the squad we don’t already have, especially with the likes of Tammy Abraham set to return to the club, after his successful loan spell at Aston Villa end?

Your thoughts on the above subject matter, in the comment facility beneath this article, would be most welcome.

Chelsea Holding Out For A Decent Price For Their Star Player But Is It High Enough?