Chelsea Look To Pull Off The Transfer Deal Of The Summer 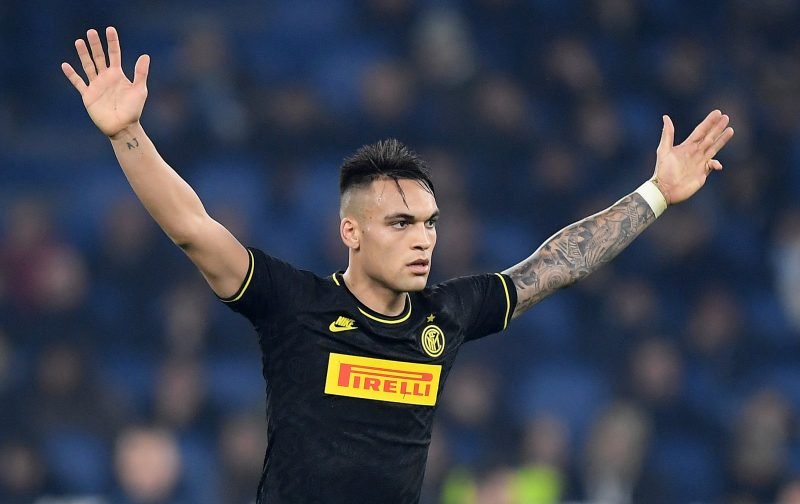 News broke yesterday evening relating to what could very well become the biggest transfer deal Chelsea have ever been involved in when it comes to purchasing a player.

According to The Sun, Chelsea are looking to pay as much as £100 million for the Argentine striker, Lautaro Martinez.

The 22-year-old is currently on the books of Inter Milan and has a clause in his current contract which stipulates a buy-out fee of £100 million.

However, our source confirms that this clause is only valid between 01-July and 15-July.

But Chelsea are not, according to our referenced source, alone in showing an interest in the striker with Barcelona ready to also break the bank to sign the player.

Indeed, the Catalan giants have, if our source has its facts right, offered Martinez a deal said to be worth £16 million a year as they seek fresh talent to lead their attack into the next decade.

However, when it comes to the fee, our quoted source implies that both Barcelona and Chelsea could make in-roads into that fee by offering some kind of part-exchange deal.

Seemingly, Barcelona are set to offer Inter Milan Arturo Vidal as part of the deal while Chelsea could offer Inter, managed by their former boss Antonio Conte, both Marcos Alonso and Emerson Palmieri to reduce the expenditure.

Sat here in the editorial chair, my view is that Chelsea face an enormous task to beat Barcelona to this exciting talents signature, but we can but keep our fingers crossed.

Please feel free to offer your views on what could well be THE transfer of the summer.