Chelsea Looking To Recruit A Replacement For Hazard 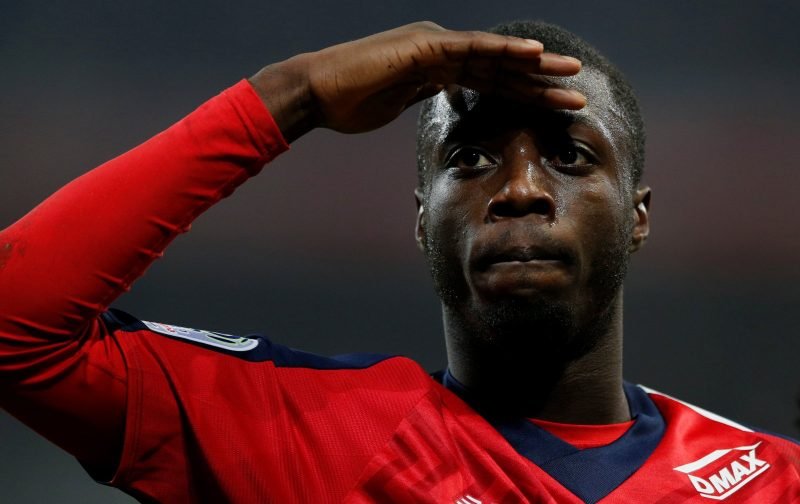 After seven years with Chelsea Football Club, there’s no denying that Eden Hazard has left Chelsea with some incredible memories.

But the stark reality is that, unless we’ve gauged the situation completely wrong, the 28-year-old Belgian international has only a handful of games left with us before he makes his dream move to Real Madrid.

Hopefully, the last of those will see Eden help Chelsea to lift (again), the Europa League trophy, this time in Baku.

Lurking in the media today, courtesy of the tabloid publication, the Mirror, is the inference that Chelsea are resigned to losing their jewel-in-their-crown and are already looking for a replacement.

By some strange quirk of fate, it is being suggested that Chelsea are looking to recruit Hazard’s replacement from the very club they signed the Belgian international, Lille.

Our referenced source is implying that, despite the transfer ban we’re supposedly currently operating under, Chelsea are keen on signing the Lille and Ivory Coast winger, Nicolas Pepe.

Pepe, just 23-years-of-age, has had a great season in Ligue 1 netting on 19 occasions and also providing a further 11 assists in 32 games played.

The player has told Lille he wishes to leave this summer but, in response, they’ve placed a £70 million price tag on their asset.

It remains to be seen whether, firstly, Chelsea can overturn the transfer ban and secondly, whether negotiations between the two clubs can get a deal across the line.

But, with Christian Pulisic already signed and Pepe rumoured to be coming, what does it say about the Chelsea futures of Willian and Pedro?