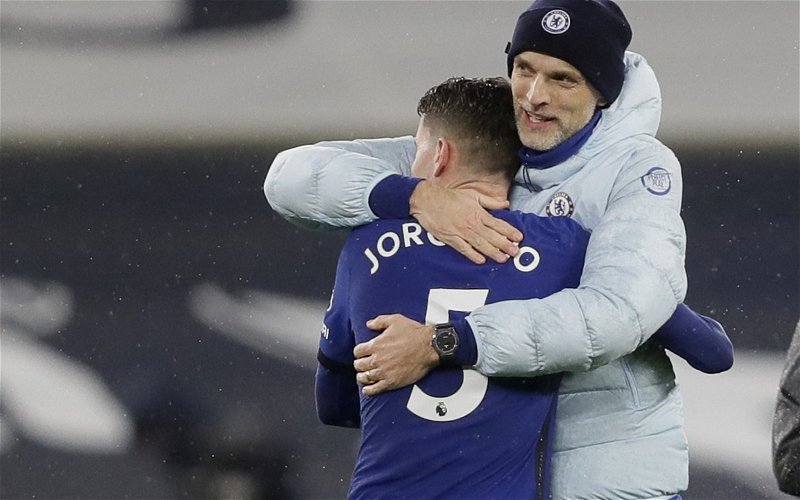 There is no denying that since Thomas Tuchel took over from Frank Lampard, Chelsea’s fortunes have improved dramatically.

Unbeaten since the German took over, hopes are high that this season will be a successful one, perhaps with Tuchel adding a trophy tour cabinet.

But it has also been noticeable that Tuchel has been instrumental in reinvigorating certain players, perhaps none more so than Jorginho.

Often considered as Sarri’s man, the 29-year-old Italian international, has shown that played in the right system, he can be very effective, a typical example being the recent 1-0 win, away to Liverpool, on Thursday night.

However, we may be on the verge of having a difficult decision to make with the Italian press, led by Calciomercato resurrecting transfer speculation that the midfielder may be set for a return to Serie A.

Seemingly, Juventus are interested in signing the player, but any suggested deal has a catch.

But if that deal cannot be gotten across the line then Jorgingo is their Plan ‘B’.

Now whether a move back to Italy will appeal to Jorginho remains to be seen but, in his current form and having been revitalised by the arrival of Tuchel, am I the only one who would be disappointed if he were to be sold?