Chelsea Misfit is Now An Essential Part Of The Starting XI 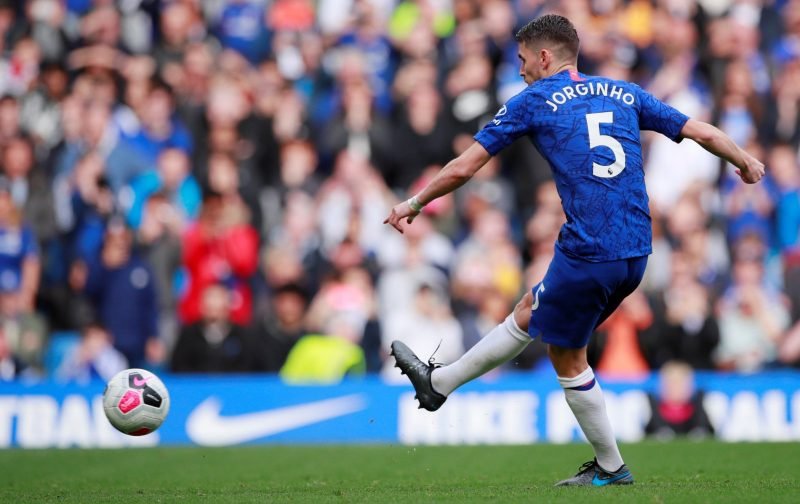 I guess I wasn’t in the majority when, in the summer, following the departure of Maurizio Sarri, I expected Jorginho to follow suit.

After all, last season, Jorginho seemed to be a catalyst behind the implementation of the ‘Sarri-ball’ style of football our former boss was so keen to play.

At times, last season, the Chelsea support, unfortunately, made Jorginho their scapegoat as the teams’ performances bored them to tears.

But, nine games into the season, the scenario has changed dramatically.

Playing under the managerial acumen of Frank Lampard, Jorginho has flourished and instead of being verbally abused by the Stamford Bridge support, the efforts of the midfielder are being roundly applauded.

Looking at the statistics, it’s interesting to point out that in those first nine games of the new season Jorginho has scored as many goals as he did in fifty-four games last season, two.

On Saturday, after Mason Mount had earned Chelsea a penalty, Jorginho calmly took responsibility for the spot-kick and slotted it home in his own unique style, something that still begs me to ask the question why was Ross Barkley allowed to take, and miss, the penalty against Valencia in the Champions League.

But, having started the new season so well, it’s imperative that Jorginho maintains the standards he has shown this season if the club is to prosper with Lampard in charge and with the experienced players in the squad, like Jorginho, being encouraged to support the growth and integration of the youngsters in our side.

Like we may have mentioned before, the season is a marathon and not a sprint, durability is required as well as finesse but, here at Vital Chelsea, we have every faith that Jorginho’s second season in England will far surpass his first.