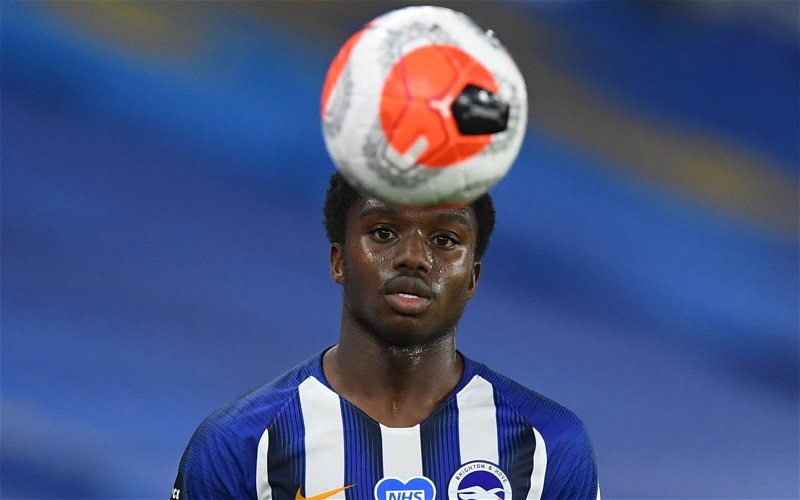 On transfer deadline day, in January 2020, the decision was taken, by Chelsea, to sell Tariq Lamptey to Brighton and Hove Albion.

Lamptey, who came up through the Academy, settled in very quickly down on the south coast and his performance saw numerous Chelsea fans question why the club had decided to sell the youngster.

To me, it was a case of Lamptey wanting a move because he was fearful that the emergence of the excellent Reece James would restrict the number of first-team appearance he was likely to get.

But, down on the south coast, Lamptey has continues to impress and there are rumours, according to The Express, that Lamptey’s stay with Brighton could be coming to an end with Arsenal said to be interested in a purchase.

However, if that move were to happen, then it would interest Chelsea who, our quoted source reveals, negotiated a sell-on clause, the magnitude of which is not disclosed, if such an event were to happen, a kind of money back guarantee I suppose!

It remains to be seen which of Reece James or Tariq Lamptey goes on to have the more successful career, but my money is on Reece how about you?