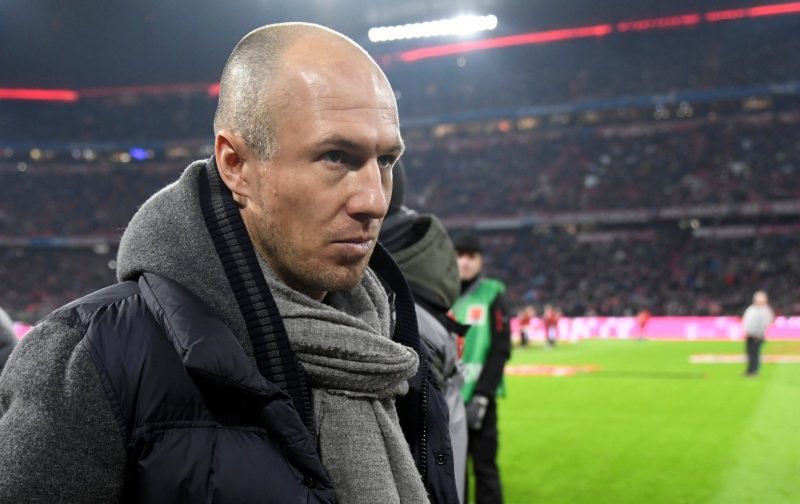 The first in a new series!

We’re all allowed to have heroes, are we not, even if, like myself, you are a little long in the tooth.

Over the years, I’ll admit to having several heroes, Zola, Lampard, Terry to name but a few.

But one player who wasn’t with us that long left memories for me that ensured he would always be a legend in my eyes, a certain Arjen Robben.

The Dutchman’s wizardry on the wing captivated me, his electric pace set him aside from others of his ilk and I was genuinely more than a little peeved when injury kept him out of the side.

When the big-guns came a calling, I hoped he’d stay but that wasn’t to be the case with Real Madrid set to be the next stop in what was always going to be a glittering career.

But, as is often the case in this wonderful game of ours, our paths were to once again cross, this time in the most glorious of amphitheatres, the Allianz Arena, on that magical night in May 2012, in Munich.

Robben, now on the books of the Bavarian giants, faced Chelsea in that never to be forgotten final and the Dutchman was to play a crucial part.

After, as we all recall, a header from Didier Drogba had sent the game into extra-time, the Ivorian became a temporary villain when a misjudged tackle saw Bayern awarded a penalty.

Fears that Robben would inflict a mortal blow on Chelsea were alleviated when Petr Cech produced a save to force the game into a penalty shoot-out.

The rest, as they say, is history, with Robben being so traumatised by his miss he wanted nothing to do with the shoot-out, opting not to be one of the first five takers.

After the game, Robben was consoled by those Chelsea team-mates he’d played alongside some seven years earlier and among the joyous celebrations, I did genuinely feel for the guy.

Come to the end of the season, Robben is set to leave Bayern Munich and at 35-years-of-age, is looking for one final swansong.

According to the Italian news source, calciomercato, Inter Milan and a spell in Serie A could beckon but the Italian club are fearful that Robben could opt for a move to the MLS, something that could be a little more attractive when it comes to winding down a career, you might say.

Whatever fate has in store for the Dutchman, there’s no doubting he’s had a marvellous career despite suffering from injuries, but if I had to pick a favourite Arjen Robben moment it would the moment he skipped own the touchline, against Everton at Stamford Bridge, glided along the by-line, leaving defenders in his wake, before scoring from the narrowest of angles.

From that moment on he had my undivided attention.