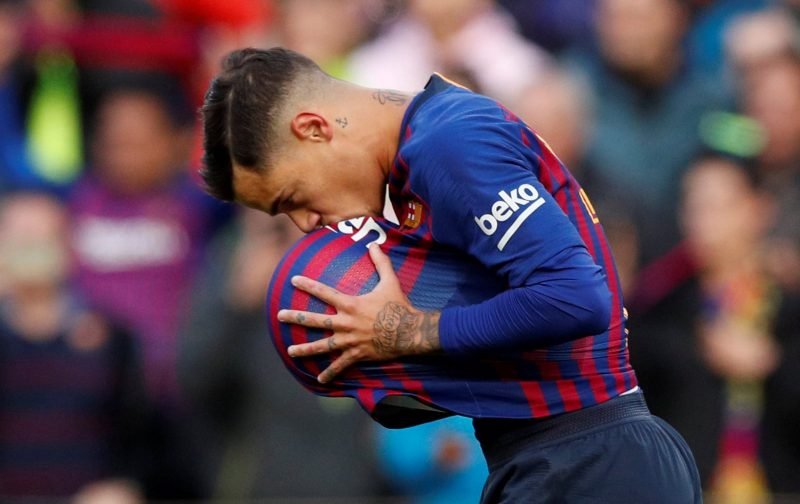 We’re at the stage of the season whereby supporters are looking for an inspirational move, from their side, in the transfer window.

It’s fair to say that Chelsea’s season, after a good start, has spluttered in recent weeks, with defeats becoming as regular as victories.

Winning silverware this season remains a priority but the feeling is there it may not happen with the side not quite being as good as those around us.

Therefore, returning to the inspiration theme, I have to say that one piece of transfer speculation has really caught my eye this morning.

It comes courtesy of the news vehicle, the Express, which is championing the inference that Chelsea could be about to spend £100 million on a player for the first time in their history.

According to the referenced source, Chelsea have enquired about signing the Brazilian midfielder, Philippe Coutinho, who is on the books of Barcelona.

The 26-year-old joined the Catalan side, from Liverpool, during the last transfer window for a sum said to be of the magnitude of £143 million.

However, Coutinho hasn’t been as successful in Spain as it was hoped and this season has started just 11 games in La Liga.

Now whether our source is purely trying to boost sales figures or has a genuine insight into the possibility of such a deal being struck remains to be seen.

But what are your thoughts on the possibility of Chelsea breaking through that £100 million barrier to sign Coutinho?

Would it be a move that gets your approval or would we be better served spending that kind of cash on somebody else?

Please feel free to drop your point of view in the comment facility beneath this article.