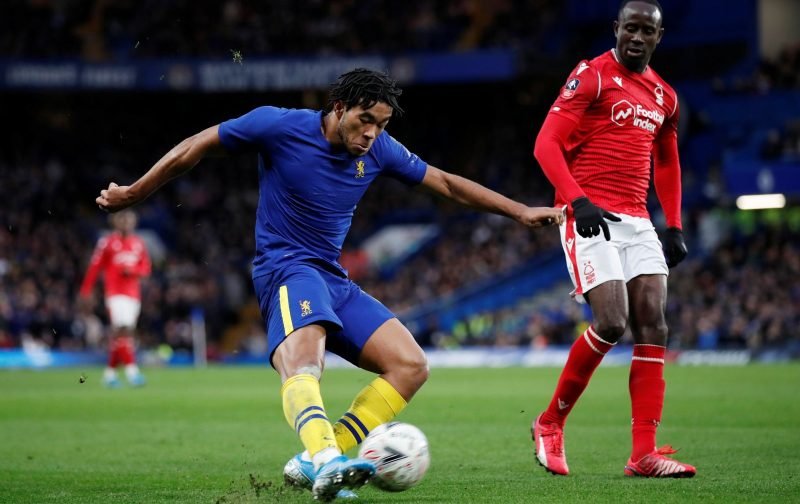 You see a George Best, a Platini, a Zidane, a Riva, a Maradona, a Robben, a Cryuff, a Messi and you just know.

You know instantly that you are watching something beyond comprehension.

It’s a natural phenomenon that occurs once in a while.

The last time I felt it was the first time that I saw Eden Hazard receive his first difficult pass from a team-mate. He didn’t just control it. He killed it.

Dead, the ball fell under his mesmerising spell and remained under his trance for seven years. If Eden was still at Chelsea, he would be the missing link that Chelsea need to play to Lampard’s system.

But we digress, or do we?

Recently another of our former stars, Pat Nevin, compared our very own Reece James’ crossing abilities with David Beckham.

And for sure there are similarities. But our Reece goes way beyond that. At even such a tender age (and therefore bound to make the occasional mistake), he controls the ball better than Beckham, dribbles with more tricks and skills than Beckham and crosses the ball on the run better the Beckham.

Our Reece is on the way to potentially being our next world-class player. We currently only have N’Golo Kante who holds such a mantle but there is a growing sense of foreboding that he will be off to Real Madrid in the summer. We can only hope that we are wrong.

Reece is Chelsea to the core and there is a genuine belief amongst us when he says that he would happily stay with Chelsea throughout his career.

This quiet and unassuming young man will hopefully be the heir to the Captain Leader Legend that still is JT.

Yes, we should rate him that highly. Yes, even at this early stage. Yes, now.

For many of you it will not come as a surprise that I am raving about Reece because last year whilst he was at Wigan, I wrote that he was already good enough to take over at right-back from our favourite Azpilicueta.

Indeed, he now has because we do not have a worthy left-back, Azpi has shifted across and therefore retained his place in the team. If you scroll back to some of the articles last year, I had humbly suggested that that was the way to go.

But if we can unearth anyone nearly as good as Ashley Cole (oh, if only), then Azpi would struggle to keep his place.

Going back to Reece, he has the one trait that NO-ONE else in our team has and that is the ability to cross the ball on the run. He should one day be given the chance to take over the free-kick duties too. He’s that good!!

What I suggest, and it’s only my opinion, is that Azpi moves back to his right-back position and that Reece moves to our right-wing playing the Beckham role only better (naturally).

Azpi could then stay behind Reece on the halfway line and just defend our goal.

Before there is an outcry, let me show how Azpi’s moving back to right MAY be resolved:

It’s not the perfect solution but Reece would be in a position to supply the ammunition and not be burdened with the responsibility of tracking back to the full back position every time we lose the ball.

We need to harness, cherish and exploit the natural gift that Reece has. We have a world-beater amongst us.

And whilst nothing can match Eden, Reece is the next true world-class player that will hopefully grace Stamford Bridge for many years to come.

I hope that I am able to enjoy what Reece brings for many years to come.

Many, many of us at Stamford Bridge are already saying it quietly. But let’s not be worried or reticent. Let’s be open and say it out aloud.

Reece is a true blue, he is one of our own and he has the potential to be whatever he wants to achieve.