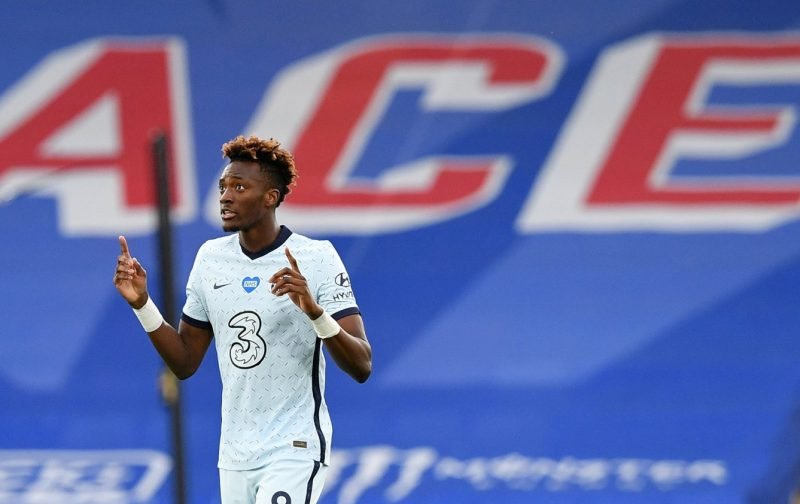 Last night, against Crystal Palace, Tammy Abraham came off the bench to score what turned out to be the winning goal of the game.

The goal, sublimely taken, was the 16th goal the 22-year-old has scored this season.

That, in all honesty, is a fine achievement.

But the young striker still has a lot to work on in his game.

Late on, with Crystal Palace pushing for a late equaliser, Abraham gave the ball away too cheaply and didn’t put the necessary effort in to try and win it back with the subsequent result that only the post stopped Chelsea from dropping another two points.

Abraham still has two years left on his current deal but the media, in particular The Times is alive with the suggestion that the striker is looking for a new pay deal, with our source claiming that Abraham wants a new deal worth £130,000 a week.

Seemingly, this claim for a pay rise is fuelled by the deal Callum Hudson-Odoi recently signed, said to be worth £120,000 a week and the £170,000 our new signing, Timo Werner, is on.

It is a staggering amount and in the COVID-19 affected financial side of the game, it remains to be seen whether Chelsea respond in a positive manner to his request.

My view is that Abraham still needs to improve his game to be deserved of that kind of salary but is that a view you share?

Chelsea’s Hopes Of Signing This Defender Are Dwindling