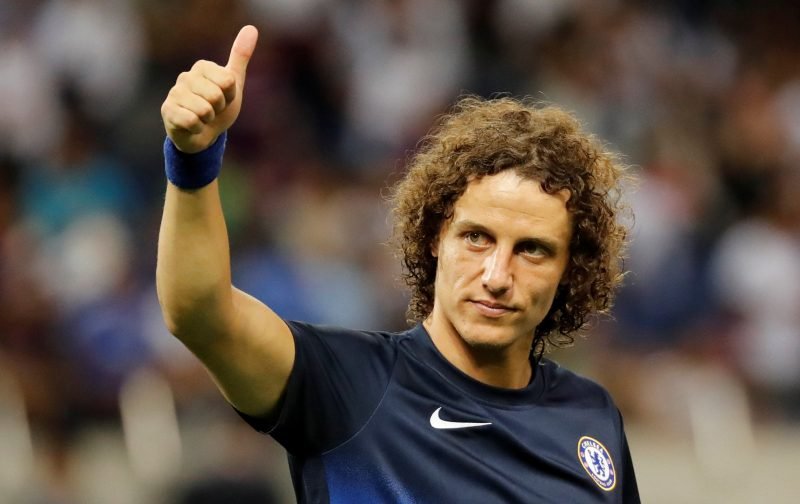 Today is, as we all know, transfer deadline day.

Courtesy of some foolhardy dealings, in the past Chelsea, serving a two-window transfer ban, will only be partaking in deals that could see players leave Stamford Bridge.

How many and who actually departs remains to be seen in the coming hours.

But the biggest talking point that emerged yesterday relates to our Brazilian defender David Luiz.

According to the The BBC, the 32-year-old could be heading across London to join Arsenal.

Furthermore, it appears that David Luiz is keen to make the move, quite what fascination playing for Arsenal has I’m troubling to understand.

Yesterday, the speculation was fuelled by the fact that David Luiz didn’t train with the first-team, at Cobham, but trained on his own as we await the outcome of this latest piece of speculation.

Personally, the biggest problem I have with such a deal isn’t the deal itself, if David Luiz doesn’t want to pull on our shirt any more then so be it, let him go, but the fact it is happening so close to the transfer window slamming shut.

If the lure of playing for Arsenal has been on David Luiz’s mind, then why has it taken until the moment for matters to come to a head?

My view is that David Luiz should be allowed to go, he’s had his best years and the errors in his game are becoming more regular.

Please feel free to leave your view in the comment facility beneath this article.