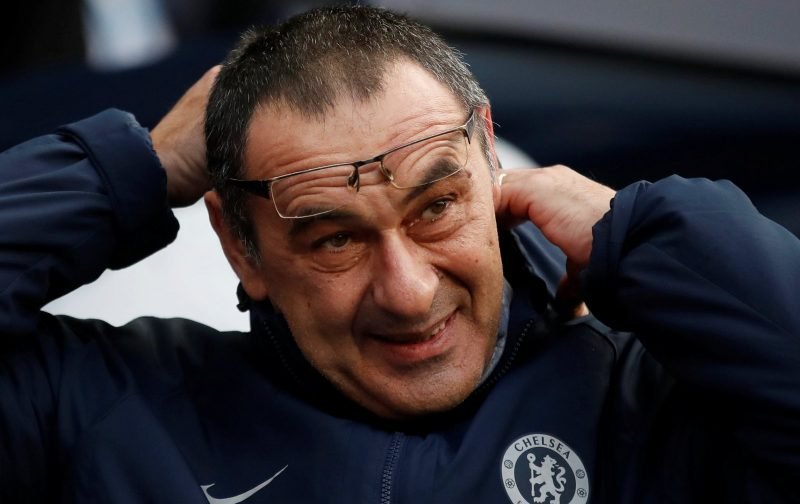 And so, it came to pass, pass again, both sideways and backwards but occasionally going forward but with no obvious threat, that ‘Sarriball’ isn’t the way forward.

This afternoon, at the Etihad Stadium, we weren’t just humbled, we were beaten out of sight, we suffered the worst defeat in our Premier League history, just a fortnight after being thrashed by the mighty Bournemouth.

These are bad times to be a Chelsea supporter, a thick skin will be called for in the office tomorrow because the banter, cruel banter, will be flying thick and fast.

After such a bad result, it is perhaps inevitable that the social media sites are alive with calls for Maurizio Sarri to be axed, results have been poor, we’re midway through February, well almost, and we’ve yet to score a goal away from home in the Premier League.

Some may say it is hasty to axe the Italian, even more so when we’re still competing for three pieces of silverware, but some would say it needs to be done before the rots sets in too deep.

Trawling through the thousands of posts that have already appeared on social media, those below illustrate perfectly how the fans feel:

Sarri needs to leave. His coaching is outdated. Persisting with Jorginho in place of Kante is reason enough. Hate to say it but he is not good enough.

No plan B, easy to study. Jorginho is good for nothing, Barkley is just an average player, Alonso is too slow to be a football player, pedro is next to nothing (Hudson Odoi is not even in the sub)CHO would have been a better player if given a chance. Enough disgrace. #Sarri_out

Worst defeat since 1991.
I don’t think we can get better with Sarri. He loses hope after a goal down, & u can see it in his eyes.#Sarriout

But if Bruce Buck, on the orders of Roman Abramovich, is to sack Sarri, who should replace him?

Would they turn to Gianfranco Zola to fill the void whilst they search Europe for someone mad enough to take the job?

Or could they turn to a familiar face who is, as we speak, out of work?