Chelsea Transfer Target Is Giving Off The Right Vibes 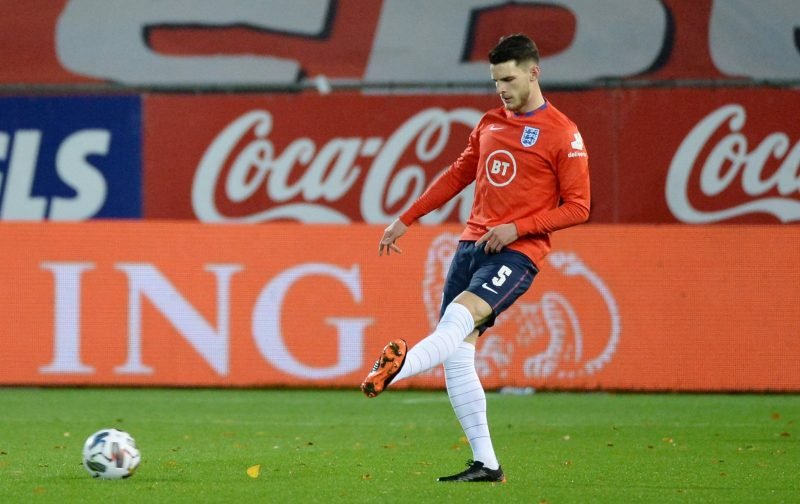 It is a piece of transfer speculation that refuses to go away.

Every time I stumble through the plethora of media sources, there is always a fair chance that there is an article that links the West Ham United midfielder, Declan Rice, with a move to Chelsea.

Today is no different!

Last week, here at Vital Chelsea, we ran an article – speculation-linking-chelsea-with-a-january-move-for-this-player-has-re-emerged – that suggested something could happen this January.

Today, courtesy of The Metro, the player may be itching to join Chelsea.

The 21-year-old midfielder, talking about winning trophies, is reported by our referenced source as having remarked:

“As a footballer you only get one career and it goes by very quick.

“You want to be successful for club and country. I think it’s an important thing to win trophies. There’s talk of Harry Kane at Spurs and what he should be doing, obviously he can do whatever he wants. He’s going to win trophies we all know that.

“I think that’s something I want to aim for as well. I’m only 21 but to get those highs of your career you need to win stuff and that’s what I want to do.”

Well, it does not take a genius to acknowledge his chances of winning silverware are slim at his current location and would be improved dramatically if he were to engineer a move to Stamford Bridge.

But can I see it happening?

West Ham will be very reluctant to sell unless the offer is astronomical and one they cannot refuse and I cannot see that happening.

But, how about you, what are your feelings on this long-running piece of speculation.

Please feel free to comment in our facility beneath this article.