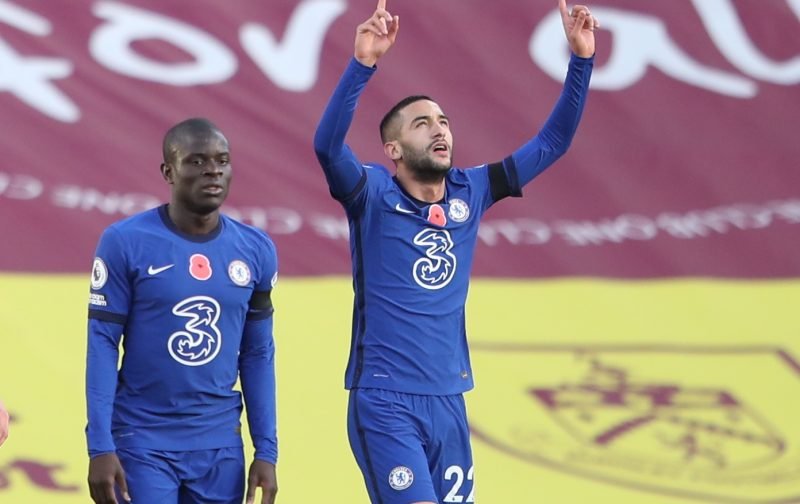 An injury picked up in the pre-season friendly, away to Brighton and Hove Albion, prevented our signing from Ajax, Hakim Ziyech, from starting the 2020 / 2021 season.

When he finally got into the starting eleven, recently, the winger hasn’t taken much time to make an impact.

With his match fitness improving each time he plays, Ziyech, today, away to Burnley, had his best game for the club.

The class of his play was typified by the assist he provided for the wonderful goal scored by Timo Werner.

It was a performance that had Frank Lampard remarking, as reported by The BBC
about his summer signing:

“I’m really impressed and really excited. I could see his personality and work-rate off the ball, he has that. You saw that today. That bit of quality gives us something different.”

As for the player himself, also reported by The BBC, he spoke to the media about the week he has had, commenting:

“It’s been a good week for me. Hopefully we can continue. I feel good and feel at home. Everything is fine.”

And as for the team, he further added:

“You need to play with confidence and not be afraid to make mistakes. Otherwise it won’t go how it’s supposed to go. Every week we make steps. Let’s keep it that way.”

With home games against Rennes (CL) and Sheffield United (PL) coming up before the third international break of the season, things are looking good for Ziyech and Chelsea.