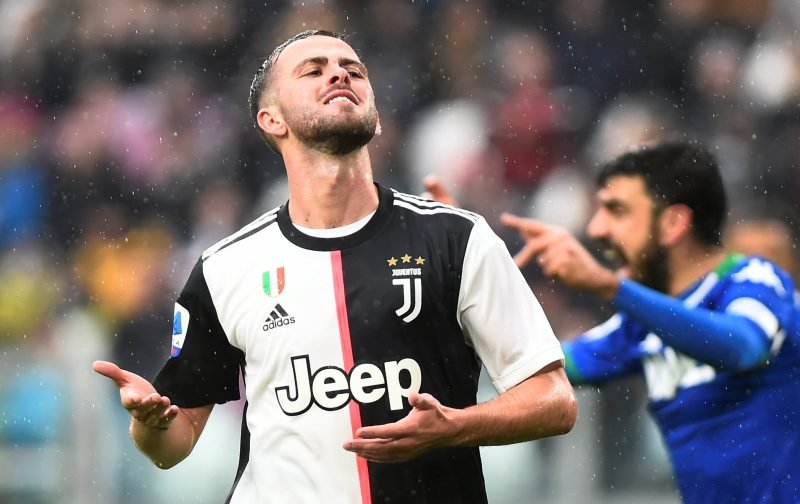 On the evidence of what we’ve seen this season, Chelsea’s midfield is awash with talent.

The established stars – N’Golo Kante, Jorginho, Ross Barkley and Mateo Kovacic have seen their places in the side by the emergence of the likes of Mason Mount and Billy Gilmour.

Through into the equation the fact that Ruben Loftus-Cheek is well on the way to being in contention for a place in the side and you’d question whether any transfer speculation relating to a move for a midfielder, this summer, is to be believed.

But the transfer market can be a strange environment and today speculation has emerged courtesy of Sport Witness implying that Chelsea are showing an interest in the Bosnian midfielder, Miralem Pjanic.

Pjanic is on the books of Juventus and is approaching the end of his current contract with the Turin based club and, according to our source, is also interesting Manchester City.

But, once again, the age factor comes into consideration.

If Chelsea’s interest is real is Pjanic viewed as somebody who could add something to the Chelsea midfield for a couple of seasons or perhaps he’s the kind of player that can produce that killer pass that would, as Frank Lampard has mentioned on numerous occasions, make us more clinical in front of goal?

It is certainly an interesting piece of transfer speculation, but my view is that it’ll come to nothing, although I could be wrong as I have been on many a previous occasion.