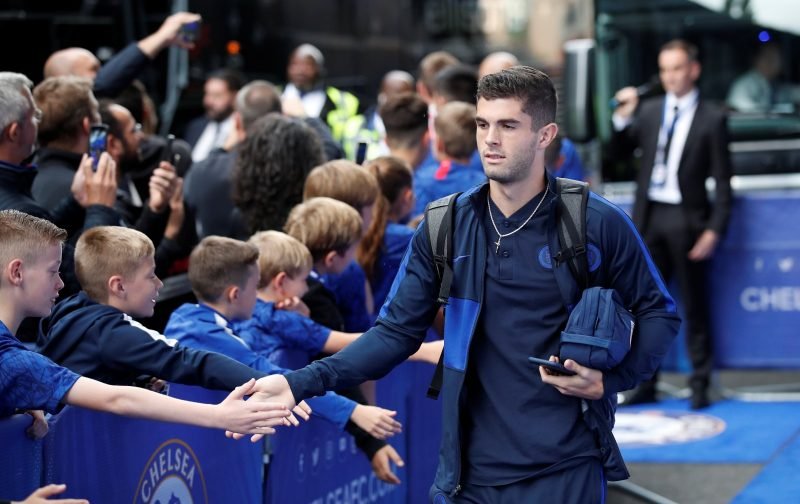 With a transfer ban in place, Chelsea were smart enough to sign Christian Pulisic before the ban was enforced.

Pulisic was signed for £58 million in January, and subsequently loaned back to his previous club Borussia Dortmund for the remainder of the 2018 / 2019 season.

With such a big price-tag hanging over his head, it was, perhaps, expected that the USA winger would, automatically, make Frank Lampard’s starting eleven.

However, that hasn’t been the case with the 21-year-old only making five starts.

Competition for places, with a plethora of young talent coming through, means that nobody, whatever their price-tag may be, can be certain of a place in the starting eleven.

Ahead of the eagerly awaited trip to take on Southampton, this afternoon, Frank Lampard has spoken about Christian’s situation with The Mirror, reporting that Frank has remarked:

“One of my problems in this job is that I have good players and everyone has their story – Christian has a price-tag, Ross Barkley is an international player, so too is Mason Mount.

“All I have to demand of them is that they show me in training or show me in the game, when they get the chances to play, that they are worthy of their place.”

It’s hard to disagree with that argument, with such a talented squad there is no room for complacency and when you are given a chance you have to produce the goods.

“I spoke to Christian two days before the Grimsby game and was very clear about the standards. And we have to give him the fact he has moved country, leagues and is as young as all the young -players we are talking about.

“He has just turned 21. So, if anyone is getting too ¬excited about this, they should calm down, frankly, ¬because he has ¬already started five games for us.”

Perhaps those who are demanding instant success need to consider Frank’s words, Pulisic will come good but at such a young age he needs time to adapt to his new surroundings, I seem to recall a certain Didier Drogba took a season to acclimatise and he didn’t turn out too bad did he.