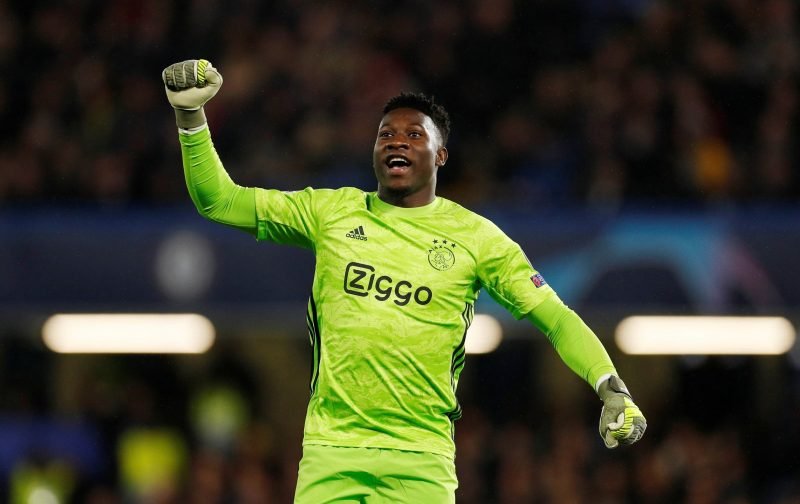 Recently, here on Vital Chelsea, you may have noticed we have been following the transfer speculation linking the club with a move for the Cameroon international goalkeeper, Andre Onana.

Our latest offering on the subject – if-you-want-him-chelsea-this-is-the-price-youll-need-to-pay – covered the size of the transfer fee that Chelsea would have to pay Ajax for the services of the 24-year-old keeper.

However, if Chelsea do have plans to bring in Onana and offload Kepa Arizabalaga then those plans could be set to hit a major obstacle.

According to The Express, Onana is set to leave the Dutch club and carries some remarks attributed to the keeper, from his Instagram account after the Dutch top-flight season was abandoned, which read:

“This journey ends with an empty stadium, but full of pride and satisfaction. Thanks for all the love and support.”

However, if his Ajax journey has already come to an end then his next journey doesn’t appear to be to West London with our referenced source adamant that Onana is eager to secure a return to his previous club, Barcelona.

But we don’t always get what we want, do we?