Chelsea’s Willian Could Be Set For An Unpalatable Move 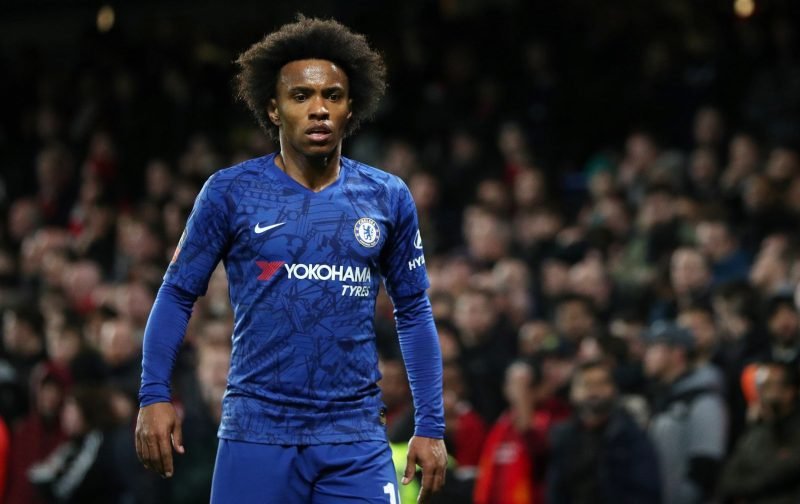 Over at Selhurst Park, on Tuesday evening, it is fair to say that our Brazilian winger, Willian, played more than his part in ensuring Chelsea returned to West London with all three points.

The 31-year-old Brazilian continues to be a regular in Frank Lampard’s starting eleven and very rarely, if ever, does he fail to do himself justice.

But, still, speculation is rife that he’ll be heading out of the Stamford Bridge exit this summer, unable to agree to a new deal with the club.

On the table is a 2-year deal which Chelsea believe is fair, however, Willian wants a 3-year deal and, at the moment, neither side is willing to budge.

As a consequence, we may soon have to contemplate the unpalatable.

Speculation, the latest example of which comes courtesy of The Daily Star infers that Willian could be heading for Tottenham Hotspur and a reunion with Jose Mourinho.

Furthermore, our referenced source implies that Tottenham are ready to entice Willian, across London, courtesy of a large signing-on fee.

But will Willian risk ruining his reputation among Chelsea supporters by making THAT switch?

Your views on the above subject matter would be most welcome in our comment facility beneath this article.