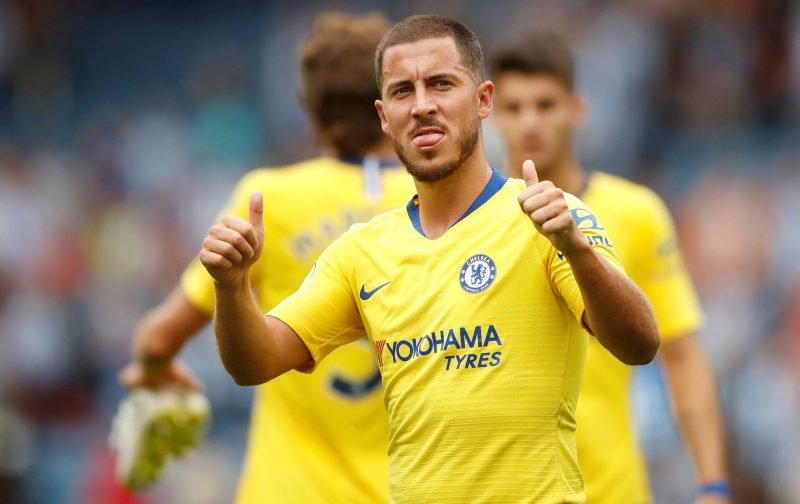 Any thoughts anyone may harbour relating to Eden Hazard playing for Chelsea next season look to be miss-placed.

Lurking in the media today, as reported by the media source, Marca, is the insinuation that the 28-year-old Belgian international, the Chelsea jewel-in-the-crown, has been in discussion with the Real Madrid hierarchy for several months.

Indeed, our referenced source is inferring, as we suspected several weeks ago, the deal is set to be finalised in the coming days, thereby making this Eden’s season with the club.

Currently, there has been no official news, or speculation, as to the transfer fee, but, here at Vital Chelsea, we’re hoping it exceeds the £100 million barrier.

Meanwhile, with Hazard set to leave, all we can hope for is a few more moments of magic which could steer us to a piece of silverware, in Baku, in a few weeks’ time, it’s not too much to ask for is it?